Review by: Penelope J. Corfield after viewing with Tony Belton

Pretty amazing stuff – with a live snake. Brilliantly acted by eight unknown actors. If you want to see impressive impersonations of drunken, drug-driven, crazed, baffled, lascivious, Glaswegian underworld figures, changing from swagger to menace to terror, then view this production. The snake also does its part very well. Launching the opening scene, it writhes and flickers its tongue – without killing anyone in cast or audience. (It seemed to be a handsome but harmless grass-snake). No doubt it represents the wicked but attractive power of Temptation and Forbidden Knowledge, as in the Garden of Eden. 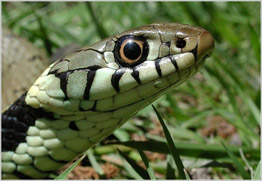 In this case, the scenes are all set in one Glasgow tenement. And the cast speak throughout in a no-holds-barred plebeian Glaswegian accent, which adds verisimilitude but which completely baffled an American sitting close to us in the audience. All well and good. Much of the action was symbolic and it was possible to trace the fast-shifting patterns of power and submission from the actors’ magnificently visceral body-language.

So what was the message from this portentous, weird, alarming, depressing, macabre, and intermittently very funny drama? Here it’s much more difficult to respond. All the characters are either loathsomely weak or incoherently dopey or manipulative or manic or violently unpleasant or combining elements of all these traits. The drama offers no false hopes. It ends with universal destruction. The message is unrelentingly downbeat, negative, even nihilistic. So we can conclude: don’t get high on drink and drugs, especially in the company of Glaswegian criminals; don’t double-cross your pals; and remember that the ultimate recourse to violence means that ultimately the most violent will win – before losing in the general holocaust.

These negative messages, however, seem a bit trite and obvious, at the end of an intensive, absorbing two-hour performance. Is there more to it? Does the element of comedy alleviate the gloom? Some does. One put-upon character, who has been deprived of most of his clothes, remarks that it’s difficult to act the hard guy when only scantily dressed: ‘You can’t batter somebody in your underpants’. The audience laughs but also understands the truth of this axiom. People deprived of their socially acceptable carapace are rendered powerless through their own awareness of their self-erosion.

Another funny moment comes when a bottle of scotch is adulterated with human piss. We get a flash of the actor’s willy to understand that this manoeuvre is ‘for real’. A detained innocent, wearing only his underpants, has few options. But he can at least cock a snook, rather literally, at his tormentor. Some comedy then follows, as different characters pick up the bottle and almost drink the piss, before finally the baddie does so. The joke then becomes slightly lost as the violence escalates. But another moral would be: don’t drink from a proffered bottle of scotch unless you are sure of its provenance.

Is that it then? So what? The message still seems a bit too elusive and negative for such impassioned acting. There is also more than a touch of cliché in setting this drama in the badlands of Glasgow. Is the distinctive Glaswegian accent in itself supposed to signal a menacing sub-culture, with its own rules?

Perhaps there is a further clue in the play’s title? It’s called The Life of Stuff. That phrase obviously plays on the reversal of ‘The Stuff of Life’. By looking at the downside of ‘normality’, the playwright Simon Donald promises to probe more deeply. We are to be offered a glimpse of ‘real life’, with a truth-telling message. People who are high on drinks or drugs or violence are deluding themselves. Life’s ‘stuff’ without a valid meaning constitutes betrayal. It leads to delusion, derangement, futility, serious crime and the incrimination of others, culminating only in destruction and death.

Consequently, worthwhile ‘stuff’ needs a serious purpose. There’s a sort of innocent puritanism (albeit without any trace of religious theology) emerging from this play. The Biblical connotations of the snake may suggest some sort of moral message. Nonetheless – aspiring playwrights please note – plays that are unremittingly bleak, no matter how brilliantly acted, can be so negative that the audience are left with blank depression rather than enlightenment.

Ok, so how about, among sad playwrights, Samuel Beckett? Harold Pinter? Even, amidst the scintillating laughter, Chekhov? They all demonstrate that it’s a hard art to present despair as a form of enlightenment. This play doesn’t surmount the difficulty. The audience admired but boggled. At the end, the Glasgow tenement is blown up and the audience is too. But go and see the play for yourself. It’s not often that you get to view a live snake, a trouser snake (in Private Eye parlance) and a dazzling set of performances conveying the apparent exuberance but, in reality, the utter stupidity of getting high on drinks, drugs, sexual opportunism, gangland drug-dealing, and violence. ‘Stuff’, to make a life worthwhile, needs clear minds, independent moral judgement, and fair dealing between fellow humans. Amen to that. 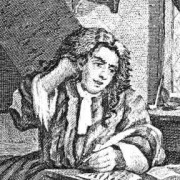 MONTHLY BLOG 60, WRITING THROUGH A BIG RESEARCH PROJECT, NOT WRITING UP
MONTHLY BLOG 29, SHOULD EACH SECRETARY OF STATE FOR EDUCATION REWRITE THE UK... MONTHLY BLOG 30, BUT PEOPLE OFTEN ASK: HISTORY IS REALLY POLITICS, ISN’T IT?...
Scroll to top