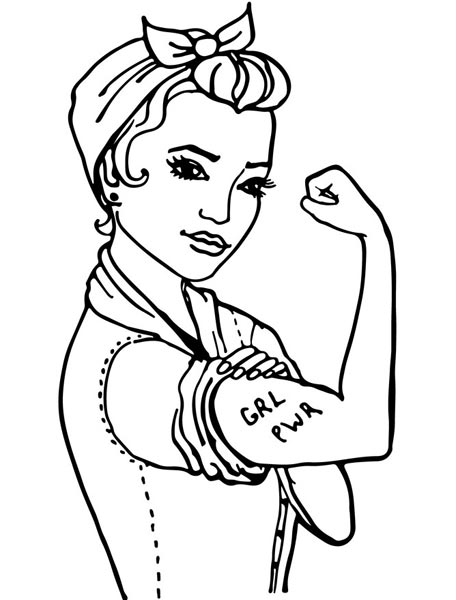 It was infuriating twice over: firstly, to be informed by a contributor to the New York Review of Books that the British people are ‘subjects, not citizens’;1 and, secondly, to realise that my protesting Letter to the Editor, sent twice in case it went astray first time round, is not going to be published in the NYRB columns.

But what the hell!? Instead, my riposte is going to appear as my January 2023 BLOG, slightly expanded from my original letter. And I will send copies both to the author of the erroneous comment; and to the negligent editor, who is apparently uninterested in correcting factual mistakes in the NYRB columns.

The infuriating remark about the Brits appeared in an otherwise eloquent and enlightening essay by the Dublin-born author and critic, Fintan O’Toole. I guess that his constitutional put-down of the Brits is a common enough view among the Republican Irish. And it is true that Britain still maintains its hereditary monarchy, as recently demonstrated by the peaceful transition from Elizabeth II to Charles III. And it is equally true that, according to strict monarchical theory, those living under such a monarchy are ‘subjects’.

However, that is only half of a long story. Well before the twentieth century, the ‘free-born’ Brits were intensely proud of their rhetoric of personal freedom and independence. They stressed their individual rights vis-à-vis the executive powers of the land, going back to Magna Carta. And they knew the terminology of ‘citizenship’. Over time, the English use of the term was broadened – from originally meaning the freemen of chartered cities – to indicate, by extension, all legal residents within a national jurisdiction.

So Dr Johnson’s celebrated Dictionary in 1755 gave the term three shades of meaning – one being simply ‘an inhabitant; a dweller in any place’. And a later study by Thorold Rogers, entitled The British Citizen: His Rights and Privileges (1885), was not intended to be controversial.2

Moreover, the concept was extended to cover not only Brits at home but also the residents in Britain’s colonies. One famous rhetorical flourish from Lord Palmerston made that point. As Britain’s Foreign Secretary, he practised gunboat diplomacy. So when a Gibraltar-born merchant named Don Pacifico was maltreated in Greece, Palmerston sent the Royal Navy to blockage Athens in protest. He stated that all people living under the British flag were entitled to protection, whether at home or overseas, by the British state. And he cited a proud maxim from classical Rome. ‘Civis Romanus sum’ [I am a citizen of Rome] – implying that ‘all, who mistreat me, will face the wrath of Rome’.3

How the press and public loved it. On the day after Palmerston’s big speech, one newspaper praised him for extending his protecting arm ‘over every one of his countrymen’.4 Opponents sniffed at the cost and the potential diplomatic ramifications. But, by clear implication, ‘civis Britannicus’ could expect to be as well safeguarded as were the citizens of Rome. (How that protection works in practice was and is, needless to say, not always straightforward or satisfactory).

Interestingly, Palmerston’s rhetoric of shared citizenship referred simultaneously to his fellow Britons as ‘British subjects’. In the custom of the time, he used ‘men’ as the collective term for men and women. He also alluded interchangeably to the state as ‘Britain’ and ‘England’. These imprecisions were highly characteristic of the linguistic eclecticism of a country, whose constitution evolved in bits and pieces over time, as did the organisation of its overseas empire. (Another example of imprecision is the still-continuing practice of referring to the British monarchs of the United Kingdom post-1707 as kings and queens ‘of England’).

Eventually, pressures for international standardisation and clarification encouraged moves for legislative elucidation. In 1948, the Labour government responded with the Nationality Act. It declared all Britons and all residents of Britain’s colonies to be citizens of the United Kingdom and its Colonies.5

King George VI signed the new law into existence without hesitation. And there were no protests from ardent monarchists. (Perhaps the shade of Palmerston was cheering). In effect, this legislation was clarifying the already-existing dual status of the British people – both as subjects of the monarch as Head of State, and as free citizens of an independent nation.

A further British Citizenship Act in 1981 refined the categories of people who are entitled to claim that status.6 Its details proved controversial. But again there were no protests from ardent monarchists at the explicit terminology of national ‘citizenship’. And Queen Elizabeth II obediently signed the law into existence. She also accepted without protest Britain’s accession to the European Union, which technically turned her too, between 1993 (the Maastricht Treaty) and 2020 (Britain’s secession from the Union), into a citizen of Europe.7

There are manifest complexities alongside evident simplicities. Britons have long lived with plural identities. We are Britons – yet also English, Scottish, Welsh and Northern Irish – plus the national affiliations of all who have settled in the British Isles from overseas. We are legally the subjects of a hereditary monarchy. Yet we are also free citizens of the British state. And some of us like to think too that we are ‘citizens of the world’.

Does this lack of strict logic matter? The answer is: No, not really. It is a way of living with organically evolving constitutional changes. Even nations with tightly written constitutions find that they have to make adaptations upon occasions. A flexible illogic works well enough, as long as all concerned can agree to accept its functional viability.

In the case of Britain, I have lived a lifetime under a monarchy. I do feel myself to be a free citizen. I don’t feel ‘subjected’. If there were a referendum tomorrow on keeping the British monarchy, I would join the minority of Britons who would vote for a republic and an elected president (on grounds of logic and constitutional principle).8 Yet I would accept the verdict of my fellow citizens if a majority wish to keep the institution. It works as long as the British people want it to work – and as long as the hereditary monarchs play their ceremonial roles correctly.

Lastly, some American friends claim that life under a hereditary monarchy is worse, constitutionally and psychologically, than living in the USA, with its lack of strict gun controls. I disagree. Uncontrolled guns kill the innocent, in large numbers. By comparison, today’s constitutional monarchs are pussycats. Ok – they are gilded pussycats, but they lack killer claws. (Virtually all royal prerogative powers are exercised by ministers. They do need reform – but that’s another issue). Britain’s monarchy is an evolving institution. One day (into the future) the monarch will be known as the ‘First Citizen’. And once (back in the past) an English king was convicted of High Treason against the people – and publicly beheaded.9 Monarchs today remember 1649 as do citizens.

2 J.E. Thorold Rogers, The British Citizen: His Rights and Privileges (1885). The possessive adjective indicated that prime political rights in this period were thought of as pertaining to men, although women were not without some legal protections.

3 Palmerston’s speech in the House of Commons, 25 June 1850: see Hansard, CXII [third ser.], pp. 380-444: ‘as the Roman, in days of old, held himself free from indignity, when he could say Civis Romanus sum; so also a British subject, in whatever land he may be, shall feel confident that the watchful eye and the strong arm of England, will protect him against injustice and wrong’. See J. Ridley, Lord Palmerston (2013); L. Fenton, Palmerston and The Times: Foreign Policy, the Press and Public Opinion in Mid-Victorian Britain (2012); and wider context in T.K. Hoppen, The Mid-Victorian Generation, 1846-86 (Oxford, 1998).

7 For the status of Europe’s remaining monarchies within the European Union, see https://www.cs.mcgill.ca/~rwest/wikispeedia/wpcd/wp/m/Monarchies_in_the_European_Union.htm (consulted 1 Jan. 2023).

8 For the history of British republicanism, see A. Taylor, ‘Down with the Crown’: British Anti-Monarchism and Debates about Royalty since 1790 (1999); and for the cause today, see https://www.republic.org.uk/what_we_want (consulted 2 Jan. 2023).

9 All those who signed King Charles I’s death warrant, later known as the Regicides, were punished after the Restoration of the monarchy in 1660 – and the corpses of dead regicides were disinterred and publicly dishonoured: see J. Peacey (ed.), The Regicides and the Execution of Charles I (Basingstoke, 2001). Nonetheless, after 1649 future monarchs were much more cautious; and no longer attempted to use absolute powers to legislate or tax at will. For the diminution of independent royal power over the centuries and the consolidation of a ceremonial constitutional monarchy, see B. Hubbard, The Changing Power of the British Monarchy (Oxford, 2018); W.M. Kuhn, Democratic Royalism: The Transformation of the British Monarchy, 1861-1914 (Basingstoke, 1996); and F. Prochaska, Royal Bounty: The Making of a Welfare Monarchy (New Haven, 1995).