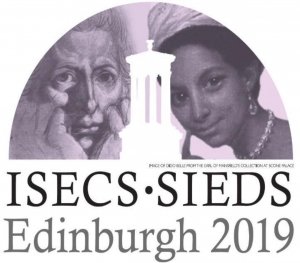 Collectively, the 15th International Congress on the Enlightenment (ICE), focusing upon Enlightenment Identities, was a huge triumph. For five days in Edinburgh in July 2019 some 2000 international participants rushed from event to event. There were not only 477 learned panel presentations and five great plenaries but also sundry conducted walks, coach tours to special venues, a grand reception, a superb concert, a pub quiz, and an evening of energetic Highland dancing. So much was happening that heads spun, and not just from the jovial Edinburgh hospitality.

By way of introduction, I began the first plenary session, with its global array of speakers,1  by offering some basic definitions. The grand themes of the Congress were Enlightenment and Identities: Lumières et Identités. Powerful concepts, which are both much contested. Needless to say, the Congress organisers did not insist on single definitions of these grand themes, which were chosen precisely to promote debate.

In that spirit, the Congress logo displayed two iconic figures from the eighteenth century. Both are shown as questioning, as they flank the silhouette of the classic monument on Edinburgh’s Calton Hill to the philosopher Dugald Stewart. These two iconic figures may be considered as the Adam and Eve of the Congress, venturing out into the world to lead the collective intellectual journey.

The young woman was named Dido Belle Lindsay.2  She was aged 18 at the date in 1778-9, when her portrait was painted alongside her fair-skinned cousin. By heritage, Dido Belle was an illegitimate African-Caribbean-Scot. Yet she was given a resonant first name which evoked the celebrated Queen of Carthage. And by life experiences, Dido Belle Lindsay had a protected and affluent upbringing in the household of her great-uncle, an eminent London lawyer. She later married a Frenchman and lived quietly in England with her family.

Meanwhile, the man, who drew his own brooding self-portrait at the age of 40, was a German Swiss named Heinrich Füssli.3 He had travelled to Italy, where he Italianised his surname to Fuseli and then made a successful career as an artist in London. There he married an Englishwoman. Both these individuals embodied the flexibility and fluidity of eighteenth-century identities. Neither their social milieux nor their individual life-histories were static.

As educated people, the Congress’s Adam and Eve might well have encountered, in their reading and conversations, various catch-phrases like ‘It’s an Age of Light’ or ‘This Age of Reason and Science’. Specifically, too, Fuseli as a German-speaking Swiss could have read in the original Immanuel Kant’s celebrated enquiry, published in 1784, Was Ist Aufklarung? What is Enlightenment?

Moreover, Dido Belle Lindsay, the free daughter of a formerly enslaved African woman, would no doubt have appreciated the public appeal made by the leading African abolitionist Olaudah Equiano. He urged that slavery had no place in an age of ‘Light, Liberty, and Science’.4  He was thereby invoking the sense of a new Zeitgeist and new forms of knowledge. By contrast, the slave traders had custom and practice in their support, as well as financial vested interests. But, tellingly, the slave traders did NOT justify their business by saying ‘It’s an Age of Slave-Trading’, even though that was factually true. On this issue, the abolitionists were ‘seizing the narrative’, to put the point into twenty-first-century terminology.5

Nonetheless, the Congress’s Adam and Eve would not have thought about their era as one of fixity. They both lived long enough to see the emergence of conscious anti-Enlightenment thought, from the later eighteenth century onwards. Fuseli specifically contributed to Romanticism in his art, and expressed scepticism about the claims of cold rationality. So neither figure would have been surprised to learn that the concept of Enlightenment remains contested among historians, political theorists and social philosophers.

Responses today range from appreciation and appropriation through to rejection and outright denial. Scholars analyse national and regional variations;6  and they debate differences between mainstream and radical Enlightenments.7  Meanwhile, in the later twentieth century, hostile postmodernist critics attacked appeals to rationalist reforms, which they identified as a single and oppressive ‘Enlightenment Project’.8   Yet rival sceptics denied the existence of any cohesive movement at all.9  Plenty to debate.

To those complexities, moreover, may be added the further complications of ‘Identities’. The terminology is warm and positive. But its impact is not simple. Viewed schematically, the rise of identity studies in the last thirty years has matched the decline of research interest into historical class, and the rise of ‘identity politics’ in the wider world.10  This fashionable approach is personal, individualistic. It rejects economic determinism. Instead, the factors that influence identity are seen as endlessly fluid and flexible. They may include gender, sexuality, ethnicity, and yes, social class; but they extend to religion, nationality, region, language, politics, culture, brainpower – and the power of physical appearances.

Certainly the Congress’s Adam and Eve would have known about identity issues, although they would not have described them in such terms. Dido Belle Lindsay lived with her great-uncle, the liberal judge William Mansfield. It was he in 1772 who heard the famous test case, when the captive African James Somersett sued for his freedom from the hold of an English ship in an English port. The case was an individual one. But the judge, when granting Somersett’s plea for liberty, pronounced publicly that the state of slavery was ‘odious’.11  Dido Belle Lindsay would surely have approved. As a result, Somersett gained the legal identity of a free man and judicial disapproval was directed at the entire system of personal enslavement. The case became a landmark in the long (and still continuing) struggle to abolish unfree personal servitude in its many different guises.

However, there are criticisms to be made of identity histories, as there are of identity politics. There is a danger that personal classifications may be interpreted too rigidly. In reality, people then and now may have multiple and overlapping identities. They may move between them as they prefer: an eighteenth-century gentleman livening in Northumbria might define himself as an Englishman when teasing a Scot from north of the border; but both might define themselves as Britons when opposing the French.

It’s also vital to recognise that identities are not always soft, liberal and inclusive. Group identities especially can become aggressive, bellicose, and coercive, formed in contra-distinction to ‘other’ groups. So identity politics may lead not to shared pluralism but to harsh conflict and polarisation. In sum, these big organising concepts may contain light – but also darkness.

Today it is surely time to look beyond the sub-divisions, not in blind denial but in awareness that there are also universals alongside diversities. In gender history, there is also a concept of personhood, beyond the rivalries of men and women.12  In terms of polymorphous human sexualities, there’s a potential for agreed boundaries of non-exploitative behaviour, beyond the rhetoric of individual sexual gratification. In the context of historical ‘racism’, there’s also significant movement towards a non-racialised understanding that all people are members of one human race.13  And, legally and politically, there is scope for a renewed endorsement of universalist human rights, as triumphantly if controversially expounded in the eighteenth-century Enlightenment, applying not to one section of the globe but to all – and applying in practice as well as in theory.14

These communal issues are becoming especially highlighted in the light of the global climate emergency.15  They make a huge agenda but a very human one, to be pursued with a spirit of unity which underlies diversity: avec l’esprit de l’unité, qui sous-tend la diversité …

8 S-E. Liedman, The Postmodernist Critique of the Project of Enlightenment (Amsterdam, 1997); G. Sauer-Thompson and J. Wayne Smith, The Unreasonable Silence of the World: Universal Reason and the Wreck of the Enlightenment Project (2019).

9 G. Garrard, Counter-Enlightenments: From the Eighteenth Century to the Present (2004).

11 For the complexities of the case, see https://en.wikipedia.org/wiki/Somerset_v_Stewart.

15 See calls for more urgent responses as in D. Spratt and P. Sutton, Climate Code Red: The Case for Emergency Action (Victoria, Australia, 2008); and many other publications.