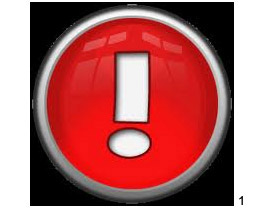 If post-seminar questions are less memorable that the papers or lectures which precede them, then the answers tend to be even less anecdotable. I can think of only a handful, among thousands of intellectual encounters, which remain in my memory.

Nevertheless, answers in an academic setting (as in a political one) need to meet certain criteria. They can enhance a good presentation. And wrongly handled, answers can backfire and, at worst, they can ruin an apparently successful paper or lecture by failing to rebut a fundamental criticism.

Hence the overwhelming rule is to reply rather than to evade the question. Nothing is more annoying to an audience when it detects that the presenter is intellectually absconding. If the speaker can’t immediately answer (it happens to us all), the best reply is: ‘That’s a great question. I don’t know the answer off-hand; but I will check it out and get back to you’.

On rare occasions, it is acceptable to prevaricate. Queen Elizabeth I was once in a political quandary. In response to the strong advice of a parliamentary deputation in 1586 that she execute her close relative and fellow monarch, Mary Queen of Scots, Elizabeth equivocated by giving them what she herself honestly termed as an ‘answer, answerless’.

In other words, she would not say.2 Yet very few scholars find themselves walking the same sort of political highwire upon which Elizabeth I walked coolly for years. Academic waffle is thus best avoided. I have done it myself but always felt suitably remorseful afterwards.

The academic cut-and-thrust is instead predicated upon an open exchange of views and, if need be, a frank confession of an inability to answer immediately, rather than a fudge-and-mudge.

But, while too much evasive verbiage can be disappointing, too much brevity can prove equally annoying. One terse response that I can remember came from Balliol’s Christopher Hill. It was in a series of interviews with senior historians,3 in which some staple questions had been supplied by the organisers. As the interviewer, I was allowed to improvise but also requested to cover the basics. Accordingly I asked politely: ‘Would you like to explain your methodology?’ It was a relevant question, since Hill had been sternly criticised in 1975 by his fellow historian J.H. Hexter for the alleged sin of being a ‘lumper’. Even more damagingly, Hexter accused Hill being seriously unprofessional by quoting selectively from the sources, to support his big argument.4 ‘Lumpers’, by the way, lump everything together to form one big picture, while ‘splitters’ (of whom Hexter was a pre-eminent example) demur and say: ‘No, hang on – things are really much more complicated than that’.

Nonetheless, when invited to comment, Christopher Hill replied, gruffly: ‘No’. Like many of his generation, he bristled at the very word ‘methodology’. I laughed and continued to the next question, which was a mistake on my part. I should have changed the wording and tried again. In the event, the unsatisfactory exchange was cut from the final version of the interview. Not that there was any doubt that Christopher Hill was a ‘lumper’. Many (though probably not most) historians are. Yet Hill did not accept that he distorted or read sources selectively. In my view, it would have been best for him to restate a firm rebuttal of Hexter. But Hill would probably have responded, not ‘who cares?’ (he did), but ‘read my books and judge for yourselves’. 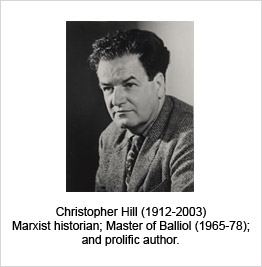 Single-word replies, of the ilk of ‘Yes’ and ‘No’, should thus be avoided as a general rule. They generate an initial laugh, especially when following an over-long and tedious question. Yet single-word replies are not playing fair with the questioner or the audience. They appear to give but don’t really. It is ok to start with a single brisk word, on the other hand, provided that the speaker then justifies that verdict.

So … not too short but also … not too lengthy. In my experience (and it’s a fault that I share) most answers are too long. It’s tempting to give a reprise of the paper or lecture. But that’s a mistake. A crisp reply: to the point, and nothing more, is best. Also gives time for more questions.

Three specific tips for respondents. When first listening to a question, it can be difficult to grasp the real point and simultaneously to formulate a good answer. The best way to cope is to start with a ‘holding’ reply: such as ‘That’s an interesting question’ or ‘I’m glad that you raised that point’. During the brief postponement, it’s amazing how often a reply formulates itself in one’s mind. But it’s best to use many variants of such ‘holding’ replies. It sounds too saccharine if every question is welcomed with the same apparent rapture. Incidentally, the reverse also sounds false. A former MP of Battersea was prone to start every reply with ‘I welcome your criticism’ even if none was offered. It eventually became something of a joke, which was counter-productive.

A second tip is to have a sheet of paper discreetly to hand and always to jot down a short note, summarising the topic that’s been raised. Having that reminder is especially useful in the event of two-pronged questions. When answering one half of a query, it’s too easy to forget about the other half. A short note concentrates the mind. In the long run, too, awareness of the points raised is personally invaluable. A free consultation with experts. Soon after every public presentation, I turn the list into a personal debriefing, noting all points that need clearer explication next time; and especially noting all criticisms of my main argument, so that I can decide how to refute them next time (or, sometimes, to amend my own case).

Which brings me to the third and most important piece of advice. It’s fine to give way graciously to challenges on all sorts of points, especially if one is in the wrong. Yet if the critique is focused upon the absolute core of one’s argument, it is essential to stand fast. I once heard the historian Lawrence Stone, another well-known ‘lumper’, confront a fundamental criticism of his latest publication.5 He began frankly: ‘Oh, dear, I think I’ve been holed below the water-line’. Then, with a cheerful laugh (shared with the audience), he rallied, with words to the effect that: ‘Your evidence/argument, although important, does not invalidate my central case’. Stone then, on the hoof, thought through his response to the fundamental (and valid) criticism, without rancour or any sign of being flustered. It was a sparkling moment.

Sometimes, there is not one single ‘right’ answer; but a there is a right process of debate. That’s the aim. And it’s nice to win the argument as well. Which means keeping on one’s toes intellectually. Having given the presentation, don’t relax too soon. Keep replies crisp and pertinent. And, basically, enjoy the dialectic. Out of reasoned argument comes … knowledge. 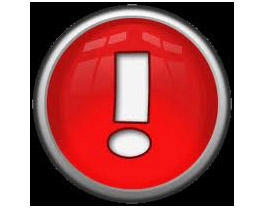 2 Elizabeth I’s non-reply was nonetheless gracefully worded: ‘[I] pray you to accept my thankfulness, excuse my doubtfulness, and take in good part my answer, answerless.’