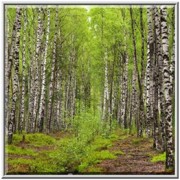 IN NEW TRANSLATION BY CHRISTOPHER HAMPTON

‘Basically, life in Russia sucks’, summarised the young man in the row behind us, for the benefit of his somewhat bemused companions, who had obviously expected something jollier. We had all shared the experience of seeing a beautifully staged and thrillingly enacted production of Chekhov’s Uncle Vanya (first published 1897 and premiered 1899). By the end, its bleak tragi-comedy left the audience appreciative but stunned. The story was so much more one of tragedy than comedy. To be sure, no-one actually dies. But all the main characters are revealed as thwarted and diminished by life deep in the Russian provinces. They are failures who live daily with their wounds raw. When the audiences laugh, the mirth is hardly differentiated from a painful sorrow.

Dramatically, it’s a great achievement by Chekhov. He forces laughter from the audience, even while telling a sad story. For example, we are amused when, at one point, the two leading ladies are sobbing convulsively, one at one side of the stage crying noisily ‘I’m so unhappy’ and the other at the other side crying hysterically ‘I’m so happy’. But we laugh with a sad, wry laughter. We are already becoming aware that the unhappy leading lady is a heartless sham and that the (briefly) happy young lady is deceiving herself.

Indeed, Chekhov’s six leading characters are all in their different ways sad failures. The eminent professor Serebryakov (Paul Freeman), visiting the provinces from Moscow, is revealed as a sententious and selfish windbag, who is unworthy of his (over-inflated) reputation. His charming young second wife, Yelena (played lustrously by Anna Friel), is revealed as a vacuous beauty, who disrupts people’s lives heedlessly and cannot respond to the passions which she arouses – passions which perhaps she even begins to feel but cannot accept. Uncle Vanya and his niece Sonya (Laura Carmichael), who is the professor’s plain but worthy daughter by his first wife, are revealed as deadened by their selfless toil in running the family estate. They scrimp and save to fund the professor, who is both unworthy and ungrateful. At the end, Vanya, impressively played by Ken Stott, is unable even to commit suicide successfully. The uncle and niece are disillusioned. Their personal hopes of love are thwarted. Yet they remain noble in their tedium. They continue to run the estate and to support the family. They have no hope but endurance. ‘We shall live all through the endless procession of days ahead of us, and through the long evenings’, as Sonya foresees. Only at some unspecified future date, in the next world, will they find solace. So Sonya reassures Uncle Vanya in the famous incantation that ends the play: ‘We shall rest. We shall rest. We shall rest’.

Little alleviates the gloom. Another character Telegin (Mark Hadfield), who is nicknamed ‘Waffles’ for his pockmarked skin, appears essentially as a butt for familiar banter and humour. He is an impoverished landowner, who lives on the estate as a dependent of the professor’s family. So Waffles exemplifies prior failure, now domesticated within the provincial scene as a reminder that careers are liable to go downwards as well as upwards.

Even the relative newcomer to the area, the youthful Doctor Astrov (played with unself-conscious charm by Samuel West,) who is the most dynamic of the assembled party, is revealed as ultimately thwarted. He is able, active, and impressive. Yet Astrov cannot stir the superficial Yelena to reciprocate his passion. And he entirely fails to notice the devoted love that he has aroused in the heart of the luckless Sonya, who would seem a much more suitable partner for life in the provinces. At the end, Astrov too is facing a future of duty without companionship. His hobby is healing and planting trees, which he does in the service of ‘future generations who will be happier than us’. 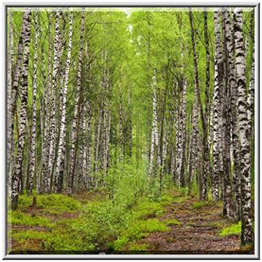 Is there any hint of an escape-route for these educated but melancholy people, deep in nineteenth-century Russia’s remote provinces? They had no electronic media to link them to friends around the world. They could not sign up to courses of distance learning. And they could not all manage to move to Moscow, where, even so, they might end up as self-deceiving mediocrities like the professor. Chekhov does not suggest anything positive. He himself was a chronically busy and active person. So his life’s message might be to discover one’s chosen metier and to work at it. But how to find and then to cultivate it?

In this play, pre-revolutionary Russia’s political and educational system, which wasted human talent, is implicitly rebuked. But the problems were not readily solved by the post-revolutionary settlement either. The Tsars were replaced in 1917 by the communist dictatorship, and after 1991 by a new muddle of democracy and kleptocracy. Educational levels have undoubtedly risen; and the material conditions have changed, often massively but not always for the better. How do individual life-opportunities fare throughout all this? In particular, what should the countless Uncle Vanyas, adrift in Russia’s vast provinces, choose as a career, when they are not chess prodigies or gifted musicians or sporting heroes or ballet stars or nuclear scientists or even frontier trappers? How can ordinary people find joy? What would Dr Astrov alias Anton Chekhov say? Basically, that life in Russia is always work in progress. Seek for love but settle for duty – and, in the meantime, plant some more saplings. 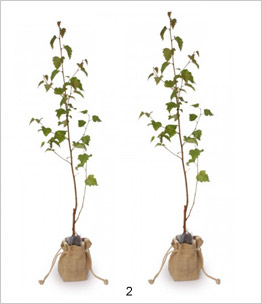