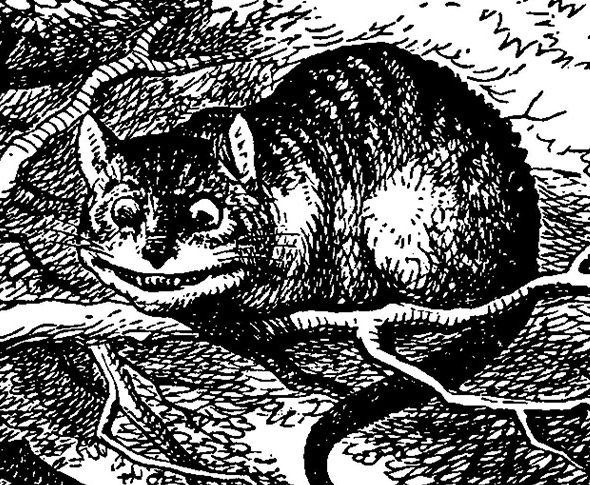 Are you an optimist? This question is one of my favourite opening gambits when launching into longish conversations with strangers. It’s a pleasant enquiry. It’s open-ended. It implies personal interest but it’s not overly intrusive. In response, people can talk about whatever they wish. They don’t have to reveal any secrets. Often, they talk about their health or work or families. In rare cases, frank individuals confide details of their hopes or fears for their love-life. And, increasingly these days, people take the question as an invitation to hold forth about politics, Brexit, and the state of the nation/world.

I’m also fond of asking questions that can go ‘round the table’, as it were. Those need to be open questions which don’t require a great deal of specialist information to answer. Getting a response from everyone, going round the group, is a great way of fostering a collective dynamic. (I enjoy this process not only in an educational context; but socially too). However, I have learned from experience that asking ‘Are you an optimist?’ really works best in one-to-one conversations. In groups, the cultural pressure to be up-beat in public militates against frank answers.1 Most people will claim, even if evasively, to be cheery – whilst allowing one or two individuals to seize the chance to play the dissident roles of ‘grumpy old men/women’. Their responses quickly lead everyone into debating ‘country going to the dogs’, Brexit, and the state of the nation/world.

However, such arguments have an increasingly stereotypical quality these days, which the question Are you an optimist? is designed to avoid. So it works best in one-to-one encounters, when there’s time to steer away from the perennial Brexit and to explore new terrain. By the way, when asking others to make whatever limited confidences they wish, it’s important to reciprocate. I have no desire to recount my life-story; but I do have some self-reflective comments about my own attitudes, which I am willing to share. Often, the question prompts an absorbing discussion, even with a newly–met stranger. It certainly is more probing than the standard gambit reportedly used by the Queen: ‘Have you come far? Or the academic’s predictable: ‘What’s your research field?’

Talking about optimism also encourages a quest for further definitions. What exactly is meant by the term? It covers a range of permutations from the mildly hopeful: ‘Well, something will turn up’ to an unshakable Panglossian faith that ‘all is for the best in the best of possible worlds’.2 And then people seek further clarification: optimistic over what sort of timespan: one year? five years? a lifetime? And with reference to what: oneself? one’s profession? one’s country? It’s very common these days for almost all educationalists across the spectrum to be deeply pessimistic about the state of the education system. By contrast, true  believers who have just discovered a great good cause tend to be highly optimistic in the early days of their faith, although over time their hopes of rapid success may become muted as they encounter obstacles and opposition (for example to feminism or to environmentalism).

Generally, however, optimists tend to skate over the complexities. Their glasses are rose-tinted. Their glasses are half full, not half empty. They see the potential in everything. And they believe, if not quite in universal ‘Progress’, at least in the positive chances of progressive betterment.3 And, as they wait in hope for things to develop favourably (even if events don’t always oblige), optimists claim to get more enjoyment out of life than do neutral observers. Milton long ago praised such feelings in L’Allegro, his hymn to mirth, jollity, dancing, nut-brown ale, good fellowship and everything that unchains ‘the hidden soul of harmony’.4

Meanwhile, lurking within every discussion about optimism is the countervailing stance of pessimism. Milton was there too. ‘Hence, vain, deluding joyes …’, he urges in Il Penseroso, his rival hymn to meditative gloom: ‘Hail divinest Melancholy …’ Pessimism in turn embraces many possibilities. Options may range through mild scepticism to world-weary disillusionment to acidic negativism to despairing self-harm.

Many pessimists, however, don’t actually accept that self-description. They prefer to call themselves ‘realists’. Whilst optimists can often be disappointed when their high hopes don’t come true, pessimists can always claim not to be surprised at any outcome, short of ecstatic and universal bliss (which is undeniably rare). It’s true that waiting for disaster to strike can seem depressing. Yet serious pessimists positively enjoy their misery. And they certainly believe that they see life more clearly than do the blinkered optimists.

At its simplest, the optimist/pessimist dichotomy can be interpreted as a function of individual psychology and basic personality traits.5 However, it’s as well to recall that changing circumstances are also liable to affect people’s template attitudes. It’s hard to remain cheerful at all times when suffering from acute pain over a long period of time. And it’s difficult to remain perennially optimistic when suffering from a relentless torrent of externally-inflicted major disasters which are entirely beyond one’s own control. So the optimist/pessimist dichotomy is by no means a rigid one. People may be pessimistic about the state of their profession (for example), whilst remaining personally optimistic about (say) their life and loves.

Crucially, too, mental states are not dictated purely by emotions and personal psychology. Considered reason plays a significant role too. The greatest expression of that truth came from Antonio Gramsci (1893-1937), the Italian Marxist who died in a Fascist prison in Rome under Mussolini. While incarcerated, he continued with stoic fortitude to analyse the state of politics and the prospects for radical change.6 What was needed, he concluded, was: ‘pessimism of the intellect, optimism of the will’. It summarised powerfully the conscious yoking of reason and emotion. Gramsci’s formula can be applied to many causes, not just his own. Equally, it can be inverted by those who have optimistic intellects but suffer from pessimistic sapping of the will. Moreover, Gramsci’s formula can be reshuffled to allow room also for super-pessimists of both intellect/will as well as for super-optimists whose smile may outlast reality.

The significant factor, in all these permutations, is that reason is reinstated into human responses to their lives and times. Intellectual attitudes draw upon many sources, rational and emotional alike. For all analysts of the human condition, it’s as well to be aware of one’s own evolving template. A reflex optimism, for example, may lead one astray, unless tempered by rational cogitation and debate with others. I write as a perennial optimist who tries to make analytical adjustments to offset my biases. This process is based upon what I’ve learned from experience – and from many ad hoc conversations with others. So readers, should we be sitting together with a good chance of open-ended discussion, I’m liable to ask my favourite question: are you an optimist?

5 There is a massive literature on these themes. See e.g. E. Fox, Rainy Brain, Sunny Brain: The New Science of Optimism and Pessimism (2012); P.B. Warr, The Psychology of Happiness (2019); W.C. Compton, Positive Psychology: The Science of Happiness and Flourishing (Los Angeles, 2019); plus countless manuals of self-help.