How do we champion (not merely defend) the study of History in schools and Universities? Against those who wrongly claim that the subject is not commercially ‘useful’.

Here are three recommendations. Firstly, we should stress the obvious: that a knowledge of history and an interconnected view of past and present (cause and consequence) is essential to the well-functioning not only of every individual but also of every society. The subject roots people successfully in time and place. Individuals with lost memories become shadowy, needing help and compassion. Communities with broken memories, for example through forced uprooting, exhibit plentiful signs of trauma, often handed down through successive generations. Civics as well as economics thus demands that people have a strong sense of a sustained past. That entails learning about the history their own and other societies, in order to gain an understanding of the human condition. All knowledge comes from the past and remains essential in the present. Nothing could be more ‘useful’ than history, viewed broadly. 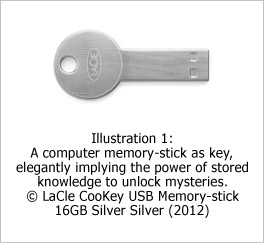 The second recommendation links with the first. We should define the subject as the study not of the ‘dead past’ but of ‘living history’.

In fact, there’s a good case for either usage. Historians often like to stress the many differences between past and present. That’s because studying the contrasts sets a good challenge – and also because an awareness of ‘otherness’ alerts students not simply to project today’s attitudes and assumptions backwards in time. The quotation of choice for the ‘difference’ protagonists comes from an elegiac novel, which looked back at England in 1900 from the vantage point of a saddened older man in the 1940s. Entitled The Go-Between by L.P. Hartley (1953), it began with the following words: The past is a foreign country: they do things differently there.

It’s an evocative turn of phrase that has inspired book titles.1 It’s also widely quoted, often in the variant form of ‘the past is another country’. These phrases draw their potency from the fact that other places can indeed be different – sometimes very much so. It is also true that numerous historic cultures are not just different but have physically vanished, leaving imperfect traces in the contemporary world. ‘Ancient Ur of the Chaldees is covered by the sands of southern Iraq. … And the site of the once-great Alexandrian port of Herakleion lies four miles off-shore, under the blue seas of the Mediterranean’.2 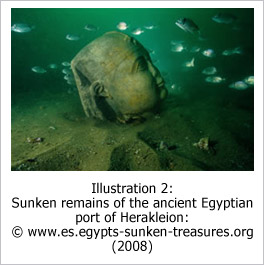 On the other hand, while some elements of history are ‘lost’, past cultures are not necessarily inaccessible to later study. Just as travellers can make an effort to understand foreign countries, so historians and archaeologists have found many ingenious ways to analyse the ‘dead past’.

There are common attributes of humanity that can be found everywhere. We all share a living human history.3 Ancient cultures may have vanished but plenty of their ideas, mathematics, traditions, religions, and languages survive and evolve. Anyone who divides a minute into sixty seconds, an hour into sixty minutes, and a circle into 360 degrees, is paying an unacknowledged tribute to the mathematics of ancient Babylon.4 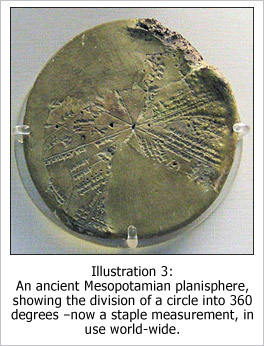 So there is an alternative quotation of choice for those who stress the connectivity of past and present. It too comes from a novelist, this time from the American Deep South, who was preoccupied by the legacies of history. William Faulkner’s Requiem for a Nun (1951) made famous his dictum that:
The past is never dead. It’s not even past.

No doubt there are circumstances when such sentiments are dangerous. There are times when historic grievances have to be overcome. But, before reconciliation, it’s best to acknowledge the reality of such legacies, rather than dismissing them. As it happens, that was the argument of Barack Obama when giving a resonant speech in 2008 about America’s festering ethnic divisions.5

Historians rightly observe that history contains intertwined elements of life and death. But when campaigning for the subject, it’s best to highlight the elements that survive through time. That is not romanticising history, since hatreds and conflicts are among the legacies from the past. It’s just a good method for convincing the doubters. Since we are all part of living history, for good and ill, we all need to study the subject in all its complexity.

Thirdly and finally: historians must make common cause with champions of other subjects. Obvious allies come from the Arts and Humanities. But we should appeal especially to the Pure Sciences. They too fail to meet the test of immediate economic ‘usefulness’. There is no instant value in a new mathematical equation. No immediate gain from the study of String Theory in physics. (Indeed, some physicists argue that this entire field is turning into a blind alley).6 But the pure sciences need essential scope for creativity and theoretical innovation. Some new ideas have become ‘useful’ (or dangerous) only many years after the initial intellectual breakthrough. Others have as yet no direct application. And some may never have.

Humans, however, are capable of thinking long. It is one of our leading characteristics. So we must not be bullied into judging the value of subjects to study solely or even chiefly in terms of short-term criteria. The Pure Sciences, alongside the Arts and Humanities, must combat this blinkered approach. There are multiple values in a rounded education, combining the theoretical and the practical. In the case of History, the blend must include knowledge as well as skills. In the sciences, it must include the theoretical as well as the applied. One without the other will fail. And that in the long-term is not remotely useful. In fact, it’s positively dangerous. History confirms the long-term usefulness of the sciences. Let the scientists repay the compliment by joining those who reject crude utilitarianism – hence in turn championing the study of History.

1 Notably by David Lowenthal, The Past is a Foreign Country (Cambridge, 1983)

2 Quoting from an essay by myself, entitled ‘Cities in Time’, in Peter Clark (ed.), Oxford Handbook on Cities in World History (Oxford, forthcoming May 2013).

3 See Ivar Lissner, The Living Past (1957), transl. from German So Habt Ihr Geleb = literally Thus Have They Lived; and my personal response in PJC Discussion-Point Nov. 2011.

4 For the social and intellectual context of Babylonian mathematics, see Eleonor Robson, Mathematics in Ancient Iraq: A Social History (Princeton, 2008).

6 See references to the usefulness or otherwise of pure maths in PJC Blog Oct. 2012.