Isn’t it shocking that, in the UK, school-children can give up the study of History at the age of 14? Across Europe today, only Albania (it is claimed) shares that ignoble distinction with Britain. A strange pairing. Who knows? Perhaps the powers-that-be in both countries believe that their national histories are so culturally all-pervasive that children will learn them by osmosis. Perhaps Britons in particular are expected to imbibe with their mother’s milk the correct translation of Magna Carta?

Despite my unease at David Cameron’s embarrassing displays of historical ignorance, my complaint is not a party political one. As a Labour supporter, I’ve long been angry with successive Labour Education Ministers between 1997 and 2010, who have presided uncaringly over the long-running under-valuing of History. (Their lack of enthusiasm contrasts with continuing student demand, which indeed is currently booming).

For critics, the subject is thought to focus myopically upon dates, and upon kings, queens and battles. Students are believed to find the subject ‘boring’; ‘irrelevant’; ‘useless’. How can learning about the ‘dead past’ prepare them for the bright future?

New Labour, born out of discontent with Old Labour, was too easily tempted into fetishing ‘the new’. For a while, the party campaigned under a vacuous slogan, which urged: ‘The future, not the past’. Very unhistorical; completely unrealistic. It’s like saying ‘Watch the next wave, forget about the tides’. Yet time’s seamless flow means that the future always emerges from the past, into which today’s present immediately settles.

It seems that the undervaluing of studying the past stems from a glib utilitarianism. Knowledge is sub-divided into many little pieces, which are then termed economically ‘useful’ or the reverse. Charles Clarke as Labour Education Minister in 2003 summed up this viewpoint. He was reported as finding the study of Britain’s early history to be purely ‘ornamental’ and unworthy of state support. In fact, he quickly issued a clarification. It transpired that it was the ‘medieval’ ideal of the university as a community of scholars that Clarke considered to be obsolescent, not the study of pre-Tudor history as such.1

Yet this clarification made things worse, not better. Clarke had no sympathy for the value of open-ended learning, either for individuals or for society at large. The very idea of scholars studying to expand and transmit knowledge – let alone doing so in a community – was anathema. Clarke declared that Britain’s education system should be designed chiefly to contribute to the British economy. It was not just History, he implied, but all ‘unproductive’ subjects that should be shunned.

The well-documented reality that Britain’s Universities have an immensely positive impact upon the British economy2 was lost in the simplistic attempt to subdivide knowledge into its ‘useful’ and ‘useless’ components.

By the way, it’s this sceptical attitude which has pressurised the Universities, much against their better judgement, into the current Research Excellence Framework’s insistence on rating the economic impact of academic research. An applied engineer’s treatise on How to build a Bridge becomes obviously ‘useful’. But a pure mathematician’s proof of a new theorem seems ‘pointless’.

How does contempt for learning originate in a political party whose leaders today are all graduates? It seems to stem from an imaginary workerism. Politicians without ‘real’ working-class roots invoke a plebeian caricature, as a sort of consolation – or covert apology. Give us the machine-tools, and leave effete book-learning for the toffs! They can waste their time, chatting about ancient Greece but we can build a locomotive. 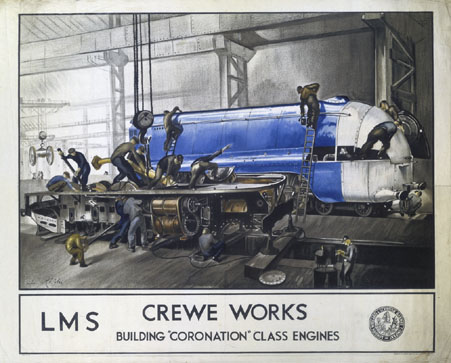 Such attitudes, however, betray the earnest commitment of the historic Labour movement to the value of learning. From the Chartists in the 1830s, the Mechanics Institutes, the Workers Educational Society, the trade unions’ educational programmes, the great tradition of working-class autodidacts, the campaigns for improved public education, up to and including Labour’s creation of the Open University in the 1960s, all have worked to extend education to the masses. 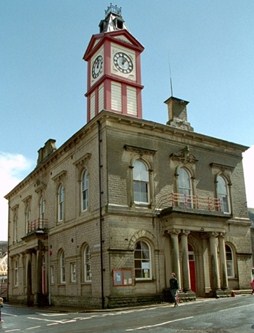 No doubt, educational drives require constant renewal. In Britain from 1870 onwards, the state joined in, initially legislating for compulsory education for all children to the age of 10. And globally, similar long-term campaigns are working slowly, as education reforms do, to banish all illiteracy and to extend and deepen learning for all. It’s a noble cause, needed today as much as ever.

Knowledge meanwhile has its own seamless flow. It doesn’t always advance straightforwardly. At times, apparently fruitful lines of enquiry have turned out to be erroneous or even completely dead ends. Many eighteenth-century scientists, like the pioneer Joseph Priestley, wrongly believed in the theory of ‘phlogiston’ (the fire-principle) to explain the chemistry of combustion and oxidisation. Nonetheless from the welter of speculation and experimentation came major discoveries in the identification of oxygen and hydrogen.3  Today, it may possibly be that super-string theory, which holds sway in particle physics, is leading into another blind alley.4  But, either way, it won’t be politicians who decide. It’s the hurly burly of research cross-tested by speculation, experiment, debate, and continuing research that will adjudicate.

There’s an interesting parallel for History in the long-running debates about the usefulness of knowledge within mathematics. The ‘applied’ side of the subject is easy to defend, as constituting the language of science. ‘Pure’ maths’ on the other hand …? But divisions between the abstract and the applied are never static. Some initially abstruse mathematical formulations have had major applications in later generations. For example, the elegant beauty of Number Theory, originally considered as the height of abstraction, did not stop it from being later used for deciphering codes, in public-key cryptography.5

On the other hand, proof of the infinity of primes has (as yet) no practical application. Does that mean that this speculative field of study should be halted, as ‘useless’? Of course not.

My argument, in pursuing the ‘usefulness’ debates, seems to be drifting away from History. But not really. The mind-set that deplores the ‘useless’ Humanities would also reject the abstraction of the ‘pure’ sciences. But try building a functioning steam locomotive, without any knowledge of history or of formalised mathematics or of the science of mechanised motion, let alone the technology of iron and steel production. It couldn’t be done today. And we know from history that our ever-inventive ancestors didn’t do it in the Stone Age either.

1 Charles Clarke reported in The Guardian, 9 May 2003, with clarification in later edition on same date.

2 The Higher Education Funding Council for England (HEFCE) commissioned an independent report, which calculated that Britain’s Universities contributed at least £3.3bn to UK businesses in the 2010-11 academic year, as part of a much wider economic impact, both direct and indirect: see www.hefce/news/newsarchive 23 July 2012.

4 For criticisms, see L. Smolin, The Trouble with Physics: The Rise of String Theory, the Fall of a Science, and What Comes Next (New York, 2006); and P. Woit, Not Even Wrong: The Failure of String Theory and the Search for Unity in Physical Law (2006).

5 See the debates after G.H. Hardy’s case for abstract mathematics in his A Mathematician’s Apology (1940): see ‘Pure Mathematics’ in www.wikipedia.

MONTHLY BLOG 58, LIVING INTENSELY IN THE EYE OF THE STORM: WHY DO PEOPLE QUIT THEIR DAILY LIVES AND GO TO JOIN CRUSADES IN DISTANT LANDS?