Does the study of History ‘progress’? That verb is cited cautiously in inverted commas, because we are all wary of over-simplified claims for historical Progress which can be deceptive, even cruelly so. But the study of History is a highly pluralistic discipline. It’s undertaken around the world by countless specialists and generalists alike. ‘History’ does not peddle its own party line. Instead, the subject rejoices in disagreements and debates. If it does ‘progress’ towards a triumphant end-point (on a journey which never stops), then it does so through pluralistic efforts and zig-zagging routes. 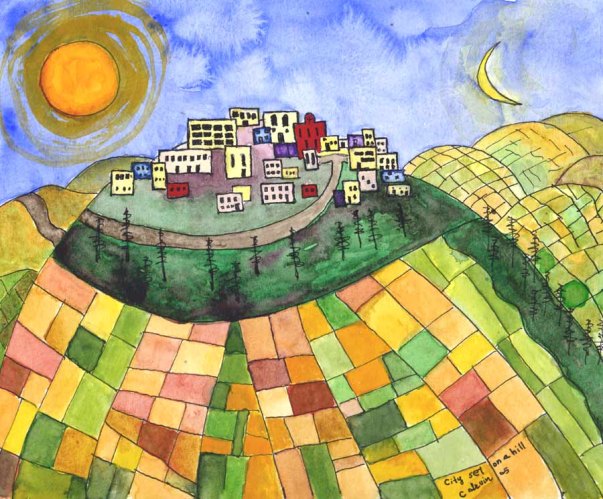 Here I argue that the study of the human past1  does progress, in the sense of collectively getting better sources, methodologies, agreed practices, advice handbooks, and theoretical investigations as well as smarter popularisations, text-books, and research publications – and deeper, better overall interpretations. The route, obviously, is not a step-by-step one, with each History book being better than the one before. On the contrary. I’m talking about a very long term process, between the generations, evolving since at least the eighteenth-century advent of a secular discipline of History-writing. Things, collectively, do get better.

On the way to substantiating that assertion, it’s helpful to answer two other related questions that are often raised by doubters, viz: Why do historians keep rewriting history? Why can’t they just tell it like it was and stop arguing? Two broad answers come to mind. Firstly, the debates and argument are an essential part of the process of interrogating the past. Just as History belongs to everyone, so there is no limit to the number of historical interpretations – and a good thing too. Furthermore, in every generation, there are discoveries of new sources, or new ways of using old sources, or new technologies that encourage new methodologies – let alone new questions and new approaches from new researchers (one of the major sources of change) – and, not least, the new perspectives brought about by the unfolding of History through time. Since historical research is always focused upon a moving target, then historical writing must do likewise. It is, in other words, a triumphant component of the discipline.

Even if no new evidence on a particular topic ever emerges, changing subsequent events introduce changed perspectives. For example, should Scotland leave the United Kingdom sometime soon, then interpretations of the 1707 Act of Union will change. It will no long be regarded as a brilliant compromise settlement that gained longevity and permanence – but instead as a political expedient which had a prolonged but ultimately limited shelf-life of just over 300 years (not that long in the grand scheme of things).

Yet, if historical output is always being rewritten (and, by implication, the old stuff rejected or discarded), then how can History ‘progress’? Doesn’t that mean that each generation’s writings are only good for their own day – and, after that, as dead as the fabled dodo? But, in fact, old efforts are not all discarded. Some elements may be entirely refuted or rejected or simply forgotten. Others lie fallow and then may later be revived and re-examined. But most studies remain on hand, more or less actively, in intellectual parks (traditionally known as libraries, now redoubled in websites). There they are subjects for further circulation, consultation, debate, adaptation, modification, forgetting, retrieval and, yes, at times complete oblivion – though even a forgotten work may have influenced another which remains in circulation. The pathways to knowledge are multi-circuited.

Historians don’t start by rewriting the whole subject from scratch. Instead, they build broadly upon the work of earlier generations. For that reason, as they are engaging in a discipline that focuses upon the workings of Time, historians often begin their studies with a historiographical review, analysing the past and present state of their chosen field. Even if one individual researcher is keen to embark upon polemical warfare with an influential precursor, it is rarely the case that the polemicist rejects absolutely everything written in earlier times. The framework of dates, events, chief protagonists, is (mainly) already fixed.

In effect, there is something like a continuous dialogue between the generations – except that it’s not a true dialogue, since earlier generations can’t answer back (and can’t adapt their views in the light of criticisms). So let me invent a word. There’s a plurilogue, across time and, simultaneously, between scholars from different cultures and traditions around the world.

But here’s an annoying discovery. I am not unique in my powers of linguistic invention. I’ve just googled ‘plurilogue’ to discover that it’s already the name of a recently-established international online journal, presenting reviews of philosophy and political science.2  In that case, I rally to claim instead that it’s a word whose time has come. Its parallel invention is an example of plurilogue in action.

Which leads me to my last point. Historians, like the practitioners of all academic disciplines, build upon work that has gone before. Even refutations or corrections constitute a form of reconstruction. An example is the collective effort and sometimes fierce debates that it has taken, over two generations, to establish reasonably reliable figures for the extent of the state-directed murders during the Holocaust.3 Similar endeavours combine to seek accurate figures for mortality in wars, or through political purges, or as a result of epidemics – often with the useful side-effect of refuting rumours, legends and propaganda claims. In terms of knowledge, that’s progress.

All the work of previous generations provides a scaffolding, which allows for new growth, development, reconfiguration, pulling down and building up. And that assessment applies not only to the work of scholars but also to the crucial input of all who work in libraries, archives, museums, art galleries, heritage associations, and everywhere that resources are preserved and curated for the use of this and future generations. Today those who are digitising historical materials are carrying out the same essential tasks in a different medium, generating wider democratic access, as well as new challenges and endless possibilities. Certainly were Denis Diderot and the Encyclopédistes living in today’s ‘Age of Wikipedia’, they would be leading the charge to put everything onto the web – and no doubt trying to enforce greater accuracy upon wikipedia.

Access to raw data alone will not, of course, make a work of history. Historians still need to grapple with their sources, with their own ideas, and with each other – as well as with their precursors. There’s a famous maxim about ‘standing on the shoulders of giants’. Reality is not so glamorous. Historians stand on the shoulders of all who went before, giant or pygmy (reputations rise and fall retrospectively too). It’s a collective thing. Plurilogue is endlessly expanding, which makes it hard work but endlessly enthralling.

1 Most historians focus upon the human past at various points during the many generations that have existed after the advent of basic literacy. But for some purposes, the subject can focus upon the entire history of the human species, incorporating the work of biologists, anthropologists, archaeologists and the misleadingly entitled ‘prehistorians’ (who study pre-literate societies), while for yet other purposes, the human past can be integrated into the history of the Earth and, indeed, the Cosmos. See e.g. D. Christian, Maps of Time: An Introduction to Big History (Berkeley, CA, 2004).

3 For an introduction, see >https://en.wikipedia.org/wiki/Holocaust_victims; and long list of secondary authorities cited there.