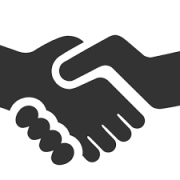 The first arrival of anonymous assessments of one’s own research is almost invariably annoying. There’s something about the format which gives the author-less verdict a quality of Olympian majesty. And, even if the verdict is favourable, there’s a lurking feeling that one is a mere minnow, being condescended to by a remote and all-wise deity. Ouch!

However, after recovering from one’s initial fury, it’s best to rally and to view the whole exercise as a free consultation. Instead of rushing into print, and getting a stinker of a review, the stinker is delivered in the form of an anonymous assessment before publication. The anonymous critic is, in fact, the best friend, lurking in disguise.

As well as writing constant assessments, academics also read one anothers’ work in typescript. But, as researchers say, ‘good criticism is hard to get’. Many friends just respond loyally: ‘Darling, it’s wonderful; but there’s a typo on page 33’. Such a reaction is not much use. In the case of an anonymous assessment, by contrast, someone has gone to a lot of trouble to identify all your faults. And, what’s more, to give you a chance of remedying them before publication.

On balance, I would say that 80% of all the anonymous advice, which I’ve received over the years, has been invaluable. Another 10% is comparatively trivial, meaning either that the assessor has been sleeping on the job or (rarely) that there’s nothing major to criticise or discuss. But 10% of responses are positively unhelpful, either through being too crushing – or simply irrelevant.

One example of off-the-wall and unusable reflections concerned my editorial introduction to a book of essays entitled: Language, History & Class (1991).1 The anonymous assessor said firmly that I was wrong; and offered, at some length, his/her own philosophical alternative historical/linguistic theory as a variant. In one way, it was a very generous piece of writing. But, on the other hand, it was entirely wasted. I couldn’t use the alternative view, because I disagreed with it – and anyway, it wouldn’t be either right or politic to take someone else’s original thesis as my own, whether I agreed or disagreed. Something in my text had apparently rapped the assessor’s intellectual funny-bone, causing him/her to get distracted into inventing a new theory rather than reviewing a book proposal. The alternative approach was so off-the-wall that I never saw it appear anywhere in print. It was an intellectual kite that never flew. 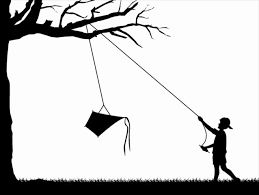 Generally, however, after the first moment of silent fury at reading the anonymous assessor, I buckle down and enjoy the chance to revise in the light of a really in-depth analysis. Often, rewriting helps to strengthen my arguments, giving me a chance to rebut criticisms explicitly. And, simultaneously, the rewrite allows scope for clarification, if ideas were poorly or incompletely expressed first time round. Sometimes points have been made out of their logical order and need reshuffling. And finally, I sometimes (not too often!) change my mind, in the light of criticisms; and the process of rewriting allows me to push my argument into new directions.

In reporting subsequently to the publishers or editors, who have commissioned the anonymous assessment, there is one golden rule. The criticisms do not have to be adopted wholesale. But they must be acknowledged, not simply dismissed. I remember one former PhD student, when editing her first essay for a learned journal, miserably wondering whether she had to ditch her entire argument, in the light of a critical assessment. I was horrified at the prospect. Of course, she had to stand by her new interpretation. (She did). The essay would appear under her name and must therefore represent her considered views. An adverse anonymous assessment does not have the status of a royal command. Instead, the hostile cross-fire gives authors a chance, pre-publication, to decide whether to strengthen or to adapt their arguments.

Then it’s up to editors to decide. Usually they appreciate the chance to get new views into print, with the prospect of opening up further debates. But editors do like to be reassured that the revisionist piece has been submitted knowingly, with a full awareness of the potential controversies to follow, and that the study is well argued and substantiated. In comparatively rare cases, when challenging new views are rejected by one journal, there’s a reasonable chance that the ‘new look’ can find a home elsewhere. Since historical research relies upon debate and disagreement, it’s not such a big deal to find one (temporarily) prevalent view coming up for critique and/or complete refutation.

Only in very rare cases are anonymous assessors unduly harsh or vitriolic. I’ve had plenty of negative responses myself but never anything without some constructive aim or intention. One hostile case, however, occurred in response to a former student of mine who had written an excellent essay on the social history of nineteenth-century Sussex. Some element of the argument had apparently infuriated the anonymous assessor. He/she basically argued that the essay should not have been written. There was nothing constructive upon which the author could build. Fortunately in this case, the journal editor had asked for two anonymous assessments. The second was much more positive, enabling my former student to revise the essay into a stylish contribution. However, I advised her to write to the editor, explaining calmly that she had considered the negative assessment carefully before disregarding it. The fact that the angry assessor’s report had mis-named ‘Sussex’ throughout as ‘Suffolk’ suggested that the tirade was not based upon a very close reading. The editor took this strong hint on board; and the revised essay successfully appeared in print.2

These examples indicate the intricacies of peer review and the publication process. They are socially imbedded – and far from purely impartial. But they strive for an interactive collegial process, which seeks to iron out individual rancour or prejudice. Personally, I take anonymous academic assessments of my embryonic work as seriously as I expect my own anonymous academic assessments to be taken by the anonymous recipients. The veil of secrecy strives to make the exchange of ideas a ‘pure’ intellectual exercise, without the formal courtesies and pleasantries. (Actually, if one wants, it’s usually possible to make a stab at identifying the critics, using one’s research-honed powers. But in my experience, that’s an unproductive distraction).

Scholars who are published in peer-reviewed outlets are thus in constant dialogue (or, preferably, ‘plurilogue’),3 not just generally with their peers, and patchily with their precursors in earlier generations but specifically with their specially recruited anonymised critics. Wrestling with obdurate drafts is often exasperating and lonely work, as Hogarth knew – as seen in a detail from his Distrest Poet (c.1736) below. Yet scholarly authors don’t work in isolation. A tribe of anonymous academic critics, friendly readers, and interventionist editors/publishers are looking over their shoulders. So it’s best to bite the bullet; to revise coolly; and then to publish and be damned/whatever. 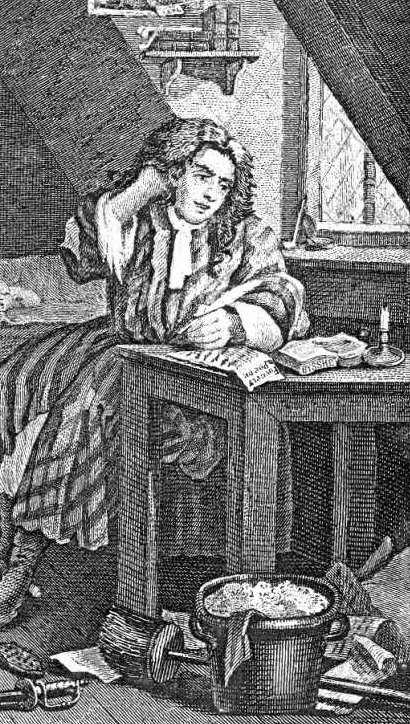 3 For this usage, see P.J. Corfield, ‘Does the Study of History ‘Progress’? And does Plurilogue Help?’ BLOG/61 (Jan. 2016), in www.penelopejcorfield.com/monthly-blogs.