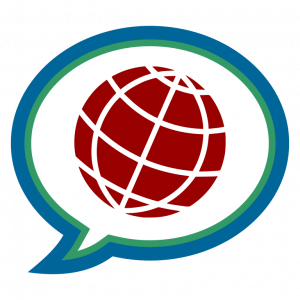 There is today a growing international sphere of public opinion. It stretches well outside and beyond the control of national governments. It is purely informal; often fragmented; and lacking direct power. Nonetheless it is an identifiable liberal trend in world history – which is causing particular anxieties for repressive states. As a result, there are also hostile forces, working against the emergent international sphere. Yet the global advance of mass literacy since c.1800 is laying the foundation (in 2015. 86% of adults across the world were able to read and write);1 the diffusion of print continues to fan the fire; and the advent of personal computing, plus especially the invention of the world-wide-web in 1989, has thrown (metaphorically) petrol on the blaze.

Not all, but many citizens are now sharing and debating ideas world-wide. The numbers participating are likely to grow. And, in time, the strength of global public opinion, when united, will increasingly influence governments. To take one example, there may well be international people-power calling for faster action to cope with climate change. Of course, global public opinion will not always agree – any more than does public opinion within any nation-state. But debates are part and parcel of all civic life. In other words, it’s better to have people arguing and voting rather than fighting and killing.

This collective arena has recently been identified as a ‘global civil order’.2 And others detect the operation of an ‘international sphere’.3 That latter terminology is a verbal adaptation from an earlier usage, popularised by the German social philosopher, Jürgen Habermas.4 Writing of western Europe in the eighteenth century, he identified the advent of a new ‘public sphere’ or civic arena, which he contrasted with the ‘private sphere’ of the domestic household. Details of his interpretation are disputed. The two spheres were not as separate and self-contained as Habermas assumed. And his dichotomy between the supposedly ‘male’ and ‘bourgeois’ civic sphere and the supposedly ‘female’ household was not nearly as clear cut either.5

Nonetheless, an adapted version of overlapping, rather than separate, spheres is a helpful one, In the course of the eighteenth century, an increasingly literate population across Britain joined in debating ideas and ideologies in books, newspapers, homes, schools, theatres, market-places, coffee-houses, and debating chambers – all the way from private societies to national legislatures.6 And today the debates are taking places not only in household, local and national spheres but also internationally. There is no need to choose between one civic forum or another: they interconnect and overlap. Individuals can thus share interests not only locally but also with others across Planet Earth.

One criticism of this emergent trend was voiced in Britain in 2016 by the then Conservative premier Theresa May. Those individuals who view themselves as ‘citizens of the world’ are really, she claimed, ‘citizens of nowhere’. She further implied that the would-be internationalists were talking just to other international elites, and were betraying their fellow citizens ‘who live down the road’.7 Some cheered. But many, including some of her fellow Conservatives, rebuked her myopia. People should be praised, not blamed, for taking seriously their responsibilities to the global community that lives on Planet Earth. Today, that point is being underlined, more emphatically than ever, by the Covid pandemic and by galloping climate change.

At this point, it’s worth stressing that the emergent international sphere is not in itself hostile to the world’s governments in general (even if specific governments may be strongly opposed). On the contrary, the global exchange of ideas and opinions depends upon a degree of international order. Chronic armed conflict between rival nations clearly does not promote reasoned discourse.

So the achievements of national governments, from the early twentieth century onwards, have been vital, in establishing an institutional framework for international cooperation.8 It doesn’t always work. Crucially, however, this framework does exist. Key bodies include: the League of Nations (founded 1920), followed by the United Nations (1945); plus Interpol (1923); the World Bank (1944), the World Health Organisation (1948); the General Agreement on Tariffs and Trade (GATT: 1948), followed by the World Trade Organisation (1995),9 the Geneva Conventions on the conduct of warfare (1949); the International Telecommunications Union (1965), the Comprehensive Test Ban Treaty (1996) and, not least, the International Criminal Court (1998). Support for such initiatives came from national populations who backed governments in thinking internationally; and these changes in turn encouraged further international thinking among ordinary citizens.

All the ensuing non-governmental global conversations are thoroughly diverse. Some are initiated by individual activists. The role of Greta Thunberg, the youthful Swedish environmentalist, is one remarkable case in point, as she tours the world to highlight the need for urgent action on climate change.10

At the same time, many non-governmental links are sustained by an immense number of global organisations.11 Sporting associations had practical reasons for collating their rules. Leading the way in 1881 was the International Gymnastics Federation. Another leader was the Fédération Internationale de Football Association (FIFA; founded 1904). Other groups which think globally include the churches; trade unions; professions; academics; librarians; scientists; doctors; and many specialist occupational groups, such as investment bankers. All these, and many others, run international organisations. One venerable and still thriving body is Apimondia, founded by the world’s bee-keepers in 1897.12

There are also numerous international aid or development agencies (some with government funding; many without). These bodies indicate that the charitable impulse, found within most countries, is now being energetically applied world-wide.13 Significantly, too, global lobbying on contentious global issues has grown ever more vigorous. In 2007, Avaaz, an American non-profit web-based organization, rallies international support to advance a liberal-left (non-ideological) agenda, opposing climate change, corruption, poverty, and conflict – and supporting human rights and animal rights.14 By contrast, some international networks deliberately operate on the dark side: those of criminals. money-launderers and people-traffickers, being prime cases.15 Unsurprisingly, these people do not contribute to the global discourse, but are instead the   subject of earnest international debate, in the difficult quest to curb them.

Another admirable set of organisations are devoted to literary and cultural matters. One congenial case is the Robert Burns World Federation, founded in 1885. Run by enthusiasts, it is a charity that promotes and celebrates Scotland’s most famous poet and song-writer. And it provides organisational links for a world-wide network of Burns Clubs (numbering over 250 in 2013).16 The fact that this Federation has now flourished for well over a century is impressive.

Robert Burns has also proved to be a song-writer for the world. In 1788, he wrote Auld Lang Syne, celebrating friendship and remembrance. Set to a traditional Scottish tune, the song has now been translated into at least 41 languages. Not only is it sung at private parties, but it is regularly performed in many countries at graduations, passing-out army parades, and festivities at the turn of the Old Year/New Year.17 It has thus become the world’s most frequently sung song, giving the international sphere an unofficial anthem. (‘We’ll drink a cup of kindness then/ For the sake of auld lang syne’). Once on a visit in Japan, I gave an ad hoc rendering, only to be asked by my audience, with pleased surprise, how I knew this traditional Japanese song so well.18

These internationalist thoughts have been triggered by my participation in the International Society for Eighteenth-Century Studies/ Société internationale d’étude du dix-huitième siècle, of which I am currently President.19 This body, founded in 1963, is now nearing its 60th anniversary. It is run on a shoe-string, without any institutional backing, and has 35 affiliated national and regional societies (some more active than others). Together, its membership may be viewed as an update of the eighteenth-century scholars’ ecumenical Republic of Letters.20 And today the Society proudly contributes to the international sphere.

5 For one pertinent critique among many, see J.A. Downie, ‘The Myth of the Bourgeois Public Sphere’, in C. Wall (ed.), A Concise Companion to the Restoration and Eighteenth Century (Oxford, 2004), pp. 58-79.

7 For the full text of Theresa May’s speech to Conservative Party Conference on 5 October 2016, see The Spectator: https://www.spectator.co.uk/article/full-text-theresa-may-s-conference-speech.

8 See e.g. I. Trauschweizer, Temple of Peace: International Cooperation and Stability since 1945 (Athens, Ohio, 2021); and meditations on future prospects by D.R. Kelley, Understanding a Changing World: The Alternative Futures of the International System (Lanham, Md, 2021).

9 B. Spiesshofer, Responsible Enterprise: The Emergence of a Global Economic Order (Munich and Oxford, 2018).

10 See A. Chapman, Greta Thunberg and the Climate Crisis (2020), and a detailed summary, covering her achievements, her school-fellow colleagues, and her critics, in: https://en.wikipedia.org/wiki/Greta_Thunberg.

18 Translated as 蛍の光 / Hotaru no Hikari.

19 See the ISECS/SIEDS website, hosted by the University of Trois Rivières, Canada:   https://oraprdnt.uqtr.uquebec.ca/pls/public/gscw031?owa_no_site=304&owa_no_fiche=11.