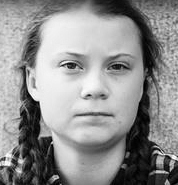 MONTHLY BLOG 108, Why must Humans beware the Midas Touch?
Scroll to top