Speakers and writers constantly adopt and play with new words and usages, even while the deep grammatical structures of language evolve, if at all, only very slowly. I remember an English class at school when I was aged about twelve or thirteen when we were challenged to invent new words. The winning neologism was ‘puridence’. It meant: by pure coincidence. Hence, one could say ‘I walked along the pavement, puridence I slipped and fell on a banana skin’. The winner was my class-mate Audrey Turner, who has probably forgotten. (I wonder whether anyone else remembers this moment?) 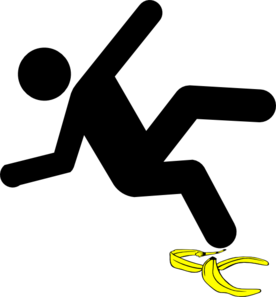 Another new word, invented by my partner Tony Belton on 26 October 2013, is ‘wrongaplomb’. It refers to someone who is habitually in error but always with total aplomb. It’s a great word, which immediately summons to my mind the person for whom the term was invented. But again, I expect that Tony has also forgotten. (He has). New words arrive and are shed with great ease. This is one which came and went, except for the fact that I noted it down.

No wonder that dictionary compilers find it a struggle to keep abreast. The English language, as a Germanic tongue hybridised by its conjunction with Norman French, already has a huge vocabulary, to which additions are constantly made. One optimistic proposal in the Gentleman’s Magazine in 1788 hoped to keep a check upon the process in Britain, by establishing a person or committee to devise new words for every possible contingency.1 But real-life inventions and borrowings in all living languages were (and remain) far too frequent, spontaneous and diffuse for such a system to work. The Académie française (founded 1635), which is France’s official authority on the French language, knows very well the perennial tensions between established norms and innovations.2 The ‘Immortels’, as the 40 academicians are termed, have a tricky task as they try to decide for eternity. Consequently, a prudent convention ensures that the Académie’s rulings are advisory but not binding.

For my part, I love encountering new words and guessing whether they will survive or fail. In that spirit, I have invented three of my own. The first is ‘plurilogue’. I coined this term at an academic seminar in January 2016 and then put it into a BLOG.3 It refers to multi-lateral communications across space (not so difficult in these days of easy international messaging) and through time. In particular, it evokes the way that later generations of historians constantly debate with their precursors. ‘Dialogue’ doesn’t work to explain such communications. Dead historians can’t answer back. But ‘plurilogue’ covers the multiplicity of exchanges, between living historians, and with the legacy of ideas from earlier generations.

Will the term last? I think so. Having invented it, I then decided to google (a recently-arrived verb). To my surprise, I discovered that there already is an on-line international journal of that name. It has been running since 2011. It features reviews in philosophy and political science. My initial response was to find the prior use annoying. On the other hand, that’s a selfish view. No one owns a language. Better to think that ‘plurilogue’ is a word whose time has come. Its multiple coinages are a sign of its relevance. Humans do communicate across time and space; and not just in dialogue. So ‘plurilogue’ has a tolerable chance of lasting, especially as it’s institutionalised in a journal title. 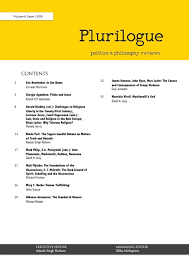 A second term that I coined and published in 2007 is ‘diachromesh’.4 It defines the way that humans (and everything in the cosmos for good measure) are integrally situated in an unfolding through-Time, also known as the very long term or ‘diachronic’. That latter word is itself relatively unusual. But it has some currency among historians and archaeologists.

The ‘diachronic’ is the alternate pair to the ‘synchronic’ (the immediate fleeting moment). Hence my comment that: ‘the synchronic is always in the diachronic – in that every short-term moment contributes to a much longer term’. Equally, the conjunction operates the other way round. ‘The diachronic is always in the synchronic – in that long-term frameworks always inform the passing moment as well’.5 Therefore it follows that, just as we can refer to synchromesh gear changes, operating together in a single moment of time, so it’s relevant to think of diachromesh, effortlessly meshing each single moment into the very long-term.6

So far so good. Is diachromesh liable to last? I can’t find a journal with that name. However, the word in is circulation. Google it and see. The references are few and far between. But! For example, in an essay on the evolution of the urban high street, architectural analyst Sam Griffiths writes: ‘The spatial configuration of the grid is reticulated in space and time, a materialisation of Corfield’s (2007) “diachromesh”.’7 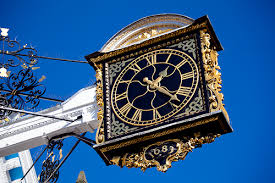 Lastly, I also offered the word ‘trialectics’ in 2007. Instead of cosmic history as composed of binary forces, I envisage a dynamic threefold process of continuity (persistence), gradual change (momentum) and macro-change (turbulence).8 For me, these interlocking dimensions are as integral to Time as are the standard three dimensions of Space.

Be that as it may, I was then staggered to find that the term had a pre-history, of which I was hitherto oblivious. Try web searches for trialectics in logic; ecology; and spatial theories, such as Edward Soja’s planning concept of Thirdspace.9 Again, however, it would seem that this is a word whose time has come. The fact that ‘trialectics’ is subject to a range of nuanced meanings is not a particular problem, since that happens to so many words. The core of the idea is to discard the binary of dialectics. Enough of either/or. Of point/counter-point; or thesis/antithesis. Instead, there are triple dimensions in play.

Coining new words is part of the trialectical processes that keep languages going through time. They rely upon deep continuities, whilst experiencing gradual changes – and, at the same time, facing/absorbing/rejecting the shock of the new. Luckily there is already a name for the grand outcome of this temporal mix of continuity/micro-change/macro-change. It’s called History.

3 P.J. Corfield, ‘Does the Study of History “Progress” – and How does Plurilogue Help? BLOG/61 (Jan. 2016), www.penelopejcorfield.com/monthly-blogs/.

6 This assumption differs from that of a small minority of physicists and philosophers who view Time as broken, each moment sundered from the next. See e.g. J. Barbour, The End of Time: The Next Revolution in our Understanding of the Universe (1999). I might call this interpretation a case of ‘wrongaplomb’.