Women can certainly make it to the top of the political greasy pole. Indira Gandhi (India), Margaret Thatcher (UK), Angela Merkel (Germany) and Aung San Suu Kyi (Myanmar) are just four among several eminent examples, in very different political systems. Nonetheless, such women are still comparatively rare. Their political pre-eminence, past or present, is not ‘normal’ and taken for granted. But … why ever not? In liberal democracies it’s now a fairly long time since women got the vote and became able to stand for office. So what factors have slowed down the transition from electoral rights to political eminence?

Put like that, one fundamental answer replies that ‘these things take time’. Getting the vote is not the same as getting power. It was/is quicker and easier to change the franchise (and that took some doing) than it was/is to change the day-to-day practice of politics, which paves the way for individual participation and advancement. Over the long term, it can be argued that democracies have become relatively ‘feminised’ in the sense that issues concerning women are now routinely part of the agenda. Yet that is not the same as female participation.

Between them, women usually carry out a range of customary tasks within the household, such as childcare, dependent-adult care, home-provisioning, and housework. All of these are time-consuming and preoccupying chores, often round-the-clock. Hence, to accommodate the political participation of women, the timetables and practices of political life need to be adjusted, as does the habitual allocation of tasks within the household – and/or the delegation of some tasks to other bodies outside the household.

A very long history lies behind the assumption of an ingrained specialisation, originating in biology and sustained by cultural expectations. Women were and often still are expected to focus upon the domestic and the familial. Men take care of the ‘outside world’. A traditional phrase pronounced that: ‘Ladies have nothing to do with politics’. Such attitudes were early challenged by feminist writers. In 1834, the feisty Maria Edgeworth denounced that attitude as ‘namby-pamby’ and ‘little missy’, in her novel entitled Helen. The heroine of the story was admonished: ‘You can hardly expect, Helen, that you, as a rational being, can go through the world as it now is, without forming any opinion on points of public importance.’1

Nonetheless, great numbers of women traditionally did and do leave such things to ‘the men’. And in Edgeworth’s novel, disappointingly, her staunchly self-denying heroine does not rise to the challenge, whether by campaigning for the female franchise or for anything as halfway radical. It was very difficult, in that era, for women to propose proto-feminist views without being satirised or pilloried; and the convention against women speaking on public platforms was almost universally upheld, by women as well as by men.2

One of the central arguments against giving the vote to women was that they were ‘virtually’ represented by their menfolk. Civic activities by husbands were taken to articulate the views of the entire household. It was specialisation in practice. Man and wife were one. She had tasks at home; he spoke for both in the wider world. On such grounds, many Victorian conservatives opposed giving the vote to women, on the grounds that such a move would give married men two votes and thus be unfair to bachelors, who were left with just one. (Spinsters, meanwhile, were supposed to be ‘virtually’ represented by their fathers).

Such views depended upon an ideal-type of ‘the household’. However, in nineteenth-century Britain (as long before), there were plenty of women who either lived alone or who lived in female-headed households. And, of course, many married couples held divergent views – or followed the lead of the wife, not the husband. (Such men were unmanly and known as ‘hen-pecked’).

Yet the ideal type was precisely that, an ideal whose power did not depend upon individual case histories. Instead, it appeared founded upon biology, tradition, culture, and, for those with committed religious views, divine will. One term for this set of attitudes is ‘patriarchy’, although this concept is not a timeless verity which stands outside history, as some argue.3  Yet the concept and its supporting social structures certainly had enough continuing plausibility for the idea of specialist roles and separate spheres to become convincing for many, including for those women who campaigned against the female franchise.

Eventually, however, the anti-suffragists – constituting both men and women who opposed ending the traditional male monopoly – lost the argument.4  At a guess, most of the female vote-deniers did in time hold their noses and exercise their new electoral rights. But such attitudes showed that ‘women’ were not and are not a single social category, speaking with one voice. They may be divided by age, wealth, social class, religion, ethnicity, politics, gender orientation, marital status, maternity or childlessness, and/or their attitudes towards feminism and to men. However, the case for women’s rights does not depend upon any need for unity or homogeneity. They participate as citizens, no more or less, sharing the range of concord and disagreements that are found within any body politic.

Today, the old arguments of the anti-suffragists are being repeated and updated by a very similar mixture of venom and ridicule on the part of the anti-feminists (both male and female), who flourish with vigour, especially on social media. They express themselves sometimes ironically, sometimes amusingly, sometimes with violent misogyny. 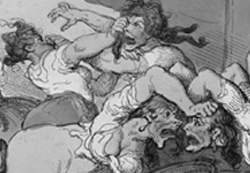 The mix of backlash, uncertainty, and a confused sense of upheaval, indicates how fundamental are these long-unfolding changes in the respective roles of men and women – but also how ultimately flexible are social organisations. There are some crucial biological constants, like the fact that it is women (though not all women) who give birth to children. Yet the social arrangements for child rearing are not immutable over time. Things are not set in stone – but they don’t get transformed overnight either.

So, given that, any changes designed to help women to participate fully in political life should be matched by changes to relationships and the distribution of tasks within the household. The two ‘spheres’ are not separate, but integrally linked. If one variable is to be adapted, then the others have to adapt too. And the same applies to all areas of public and private life. 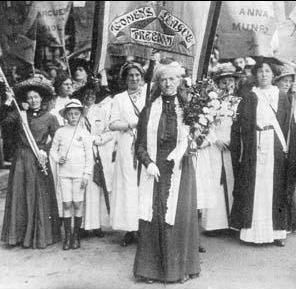 Lastly, it’s important for women to press for structural changes to help women. History needs a helping hand. And female solidarity is a good antidote to anti-feminism. At the same time, however, it’s best not to be too dogmatic about the merits of all women, simply because they are women. I’m sure that there’s no female consensus on the respective political ratings of Indira Gandhi; Margaret Thatcher; Angela Merkel; and Aung San Suu Kyi. Onwards; not always upwards; but still, yes, onwards.

MONTHLY BLOG 65, HOW DID WOMEN FIRST MANAGE TO BREAK THE GRIP OF TRADITIONAL PATRIARCHY?

MONTHLY BLOG 65, HOW DID WOMEN FIRST MANAGE TO BREAK THE GRIP OF TRADITIONAL...
Scroll to top