You’re suffering from writer’s block? A common ailment. What to do?? The first and best answer is: don’t hit the bottle. It’s only too true that alcohol makes you think that things are going better (at least for a while) whilst concealing the fact that things are getting much worse. Eventually, you become so stalled that there’s no way out, other than a bleak confession of failure.

The prototype is Scott Fitzgerald’s The Crack-Up (1936).1  Beautifully written but  painful reading for all his admirers. Many famous writers have gone down this alcoholic route, almost invariably with disastrous results.2  On the other hand, recent research suggests that moderate amounts of booze for those who are not habitually heavy drinkers may unleash creativity and lateral thinking (at least when solving questions about word-associations).3  Great. Have your bright ideas with an alcohol buzz in your spare time. But be warned. Don’t sit down to unblock your history-writing, which requires concentrated reasoning over a good span of time, with a glass and bottle at hand.

Next bit of advice is to stand back from the blocked task and ask yourself: do you really want to do it? (Of course, this question may be resolved if the answer is that you have to undertake whatever writing is involved – say, to complete a course or to gain a qualification. In that case, skip this paragraph). Writer’s block is sometimes a deep auto-message to say that you should be doing something else. When I am advising friends on coping with this problem, I often start by giving them permission to drop the task entirely. A small but far from negligible percentage respond with sighs of relief. Their brows clear; they find a civil way to terminate their writing commitments; maybe they publish what they have done already; and then they do something else, often very enthusiastically, tapping into lots of thwarted energy.

But that’s not the case for everyone. Many want to complete the task but can’t find the time, space, self-organisation, or inspiration to proceed.  It’s not a good state of mind to inhabit for any length of time, since it’s often linked with vexation, self-chiding, and various degrees of despair. Patrick Leigh Fermor, who wrote two brilliant books of a trilogy, agonised for years over his prolonged failure to produce the missing third volume.4  Blocked writers particularly wince when innocent bystanders ask cheerfully: how’s the writing going – why isn’t it done yet? So the following comments are addressed to those who, when given permission to drop the writing, respond with irritation that they do really want to do the task but can’t even bear talking about why it’s not getting done.

I’ve been in that situation myself – fortunately, not often but enough times to know what a mental closed-circuit can result. One method that helped me was the technique of writing freely, in unstructured prose, a private memo to myself about the problem in a stream of consciousness, or Streamo, as I call it. No-one else need ever see this screed. It’s good to start simply by trying to work out for oneself: what is particularly troublesome about this assignment? Is it XXX? No, not really. What about the problem of YYY? or ZZZ? Perhaps, yes; perhaps, no. Writing as fast as possible. Musing to oneself. Not worrying if sentences aren’t perfectly grammatical. It can often take a long time, circling around, dredging thoughts from deep within, trying to pinpoint what factor or factors are causing the block.

Once I had stalled because I’d reached a tricky question, whose answer I couldn’t resolve. There was a genuine intellectual point at issue. The problem was that there was not one simple response but a plethora of interconnected ones. After lots of scribbling, I realised that I was worrying wrongly about the lack of one striking answer. Instead I could offer many. With a sigh of relief, I deleted all my scribbles. In the blocked chapter that I was writing, I inserted a new sentence, saying something banal like: ‘This is a complex problem, for which there is not one simple answer’. After that, bingo, my prose flowed again. Sometimes I smile when re-reading that text, to think of all the grief it caused me. But it had value. The technique of Streaming is not only useful for unblocking but also for planning new projects. So my Streamos, which I mainly delete once projects are launched, are not as substantial as first drafts but rather constitute first drafts of inspiration. They are useful as mechanisms to coalesce disparate strands of thought. Try writing one as fast as possible, preferably on-line, and see if it helps you.

(Solo meditation, for intellectual blockage, tends to be more useful, in my view, than the talking cure, which often works well in other circumstances. Vocalising writer’s block as a ‘problem’ risks giving it an unwelcome life of its own. It invites thoughts of the renowned grand projects which remain forever anticipated but forever postponed.5 )

Actual history writing, of course, moves much more slowly than the fast and furious pace of memos to oneself. So it’s important also to think about the long-term context of regular writing. Obvious things like: get a desk or working area and, ideally too, a room,6  where you are happy to spend a lot of time; find lighting that focuses a concentrated pool of light on your working areas; try ear-plugs for heightened concentration; institute good filing and storage arrangements for notes, drafts etc.; and of course implement a rigorous back-up system after every batch of writing; plus find a goodish span of time to write, on each occasion (less than two hours is unproductive); and a personal start-ritual.

Different writers have their own preferences. The prolific Charles Dickens used to patrol his house, checking that everything was in order, and then arrange the items on his desk in a specific order, before sitting down to write. Each to his/her own.7  Many make do these days with the sequenced rituals of switching on computers, ipads etc. But find your own preferences; stick to your sequences; and don’t open email during writing stints.

What else? Another very important way of keeping the flow of writing going is to undertake regular exercise of the repetitive kind. Swimming, riding, running, walking, yoga, these are all good. The subconscious mind can work on problems, in a non-linear way, whilst the body is absorbed in such activities. And the fresh air is an ideal antidote to the confinement of sitting for long hours at a desk, gazing into a screen. Dickens was also a great walker. But again, it’s really a case of each to his/ her own. If your preference is for an explosive sport, then go for that. Exercise of any kind is much better than nothing. But repetitive and rhythmic exercises (avoiding the obvious innuendoes here) are particularly good for unblocking, especially if sustained for at least half an hour – daily.

Lastly, to write history, you need not only something to say but also good and relevant evidence to intermesh with your analysis. That means a whole lifestyle choice. You have to do the research as well as find time to write. It’s a wonderful thing, if you have the will, the interest, and a subject that enthrals you. If you have these things, then go for it but keep running/ riding/ swimming/ regularly alongside the scholarship, and scribbling a Streamo whenever you have an intellctual problem to solve. These methods  will unblock a block, if you have one; or, better still, prevent it from forming in the first place. 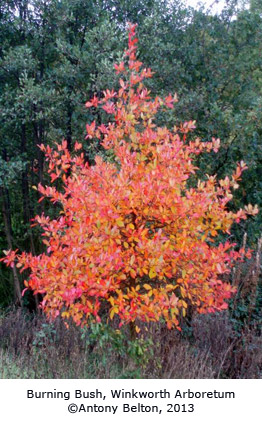 4 Published posthumously from his notebooks: see P.L. Fermor, The Broken Road: From the Iron Gates to Mount Athos, ed. C. Thubron and A. Cooper (London, 2013), following A Time of Gifts (London, 1977) and Between the Woods and the Water (London, 1986).

5 The most celebrated fictional example remains Dr Casaubon’s ‘Key to all the Mythologies’ in George Eliot’s Middlemarch (1871/2); and a real-life case was Lord Acton’s projected ‘History of Liberty’, two chapters being published posthumously in J.E.E. Dalberg-Acton, The History of Freedom and Other Essays, ed. J.N. Figgis and R.V. Laurence (London, 1907).

6 See inevitably V. Woolf, A Room of One’s Own: An Essay on Women in Relation to Literature (London, 1929).

7 For creativity and work routines, see M. Currey, Daily Rituals: How Artists Work (New York, 2013) – even if in reality there may be variations from day to day.