The ‘temporal turn’ is a grand phrase to name the current political and intellectual return to interpreting things explicitly within the very long term, otherwise known as history. It’s a new trend, which is gathering pace – and it’s an excellent one too. The name is borrowed from a phrase popularised by the American philosopher Richard Rorty in 1967. He then wrote of the ‘linguistic turn’ in twentieth-century philosophy, when fresh attention was paid to language as a factor significantly influencing or even determining meanings, rather than just conveying thought.1

Since then, an array of other analytical ‘turns’ have been announced. But none have had the same resonance – until now. The serious study of history and historical trends had not, of course, disappeared. So the ‘temporal turn’ is not news to historians. But let’s hope that it becomes a confirmed and sustained development. The ‘linguistic turn’ certainly had its merits. Much was learned about the power of language to frame and convey meaning at any given point in time. Yet the ‘linguistic turn’ was eventually overdone. Analysis of the synchronic moment was excessively privileged over the study of long-term (diachronic) history.

Such an outcome, however, proved detrimental to both perspectives, which are intertwined: ‘The synchronic is always in the diachronic’, just as ‘the diachronic is always in the synchronic’.2  Life is not composed just of self-contained instantaneous moments. They are linked seamlessly together. Just as well-functioning gears mesh together seamlessly in the present in synchro-mesh, so the past meshes seamlessly with the present and future in diachro-mesh. As a result, it’s really not possible to divorce analytically ‘after’ from ‘before’. While some elements of the past can be properly defined as dead and gone, plenty of others persist through time.

One example of lengthy but not eternal continuity is the human genome. It’s analysed by geneticists as composed of three billion chemical bases of DNA (deoxyribonucleic acid), which contain the biological instructions to make a human. As such, the human genome frames our collective and individual genetic make-up, providing a core pattern plus individual variability. And its longevity is matched with that of our species. 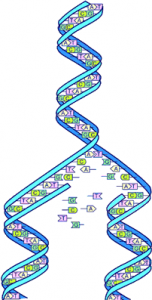 Recalling the genome’s long past and immediate present provides a reminder that studying the past (whether via biology or history or any other longitudinal subject) does not require a dualistic choice between either change or continuity. They are intertwined, like History and Geography, or Time and Space.

In practice, it’s far from easy to research and to teach on such a wide canvas, but the International Association of Big History (founded in 2010) advises and encourages practitioners. Some of us (myself included) laugh slightly at its terminology, which has a hint of Toad of Toad Hall: ‘My history is bigger than your history’. Other terms of art are ‘Deep Time’ or, with thanks to Fernand Braudel, the ‘longue durée’. But the name is not the most important point. The history of the long-term is indeed big; and it’s good that it’s returning to a range of new agendas, in everything from zoology to art.4

Lastly, why is this trend happening now? There are three big reasons, which, separately, would have had great impact – and in conjunction are commanding. But it took a combination of macro-crises to overcome ‘presentism’ and the quest for instant gratification, which is strongly entrenched in consumer culture. Nonetheless, external circumstances are forcing a rethink. One inescapable factor is climate change, especially in the context of demographic pressure and ecological degradation. This great topic for our time requires an understanding of past and present science, future prognostications, and current politics. Historians can contribute by studying how past communities have coped with ecological changes, both for good and for ill.5 Accordingly, David Armitage and Jo Guldi have just produced a stirring trumpet-blast, calling for historians to be included in all long-term planning teams organised by governments and international bodies.6

A second factor is the heightened global confrontation over a range of political and religious issues in the twenty-first century. The 2001 attack upon New York’s Twin Towers came as a huge surprise as well as a disaster. It triggered new calls, for eminently practical reasons, to comprehend the roots of conflict and the historic prospects of any countervailing forces of cooperation. Instant power-plays without a diachronic perspective have failed badly. Thus a hubristic assertion in 2004 by a senior American policy-maker that ‘We’re an empire now and, when we act, we create our own reality’, proved to be dangerously wrong.7 History has a habit of biting back – and it is still biting all the protagonists in numerous conflicts around the globe. These all call for diachronic assessment. They haven’t happened out of the blue. And they can’t be addressed cluelessly.

Thirdly, fresh thought is required in response to the unexpected 2008/9 global economic recession, whose ramifications are still unfolding. Knowledge of synchronic structures, networks, and meanings will explain only so much. The origins, treatment and prognosis of the crisis need analysis in long-term context. A sign of the times can be seen in campaigns by some economists and many students to revamp the study of economics. That subject has since the 1970s become highly technocratic, focused upon a neo-classical model, with a strictly quantitative methodology. It might be termed a structuralist or synchronic economics. Yet there are now calls to debate moral values as well as statistical assessments. And to re-incorporate the (wrongly) underrated insights of diachronic economic history.8
So the ‘temporal turn’ is very welcome. It is quietly killing the anti-history philosophy of post-modernism, which flourished in the later twentieth century.9 At last, here is an intellectual trend which historians can welcome wholeheartedly.

3 Examples among a burgeoning field include D. Christian, Maps of Time: An Introduction to Big History (Berkeley, Calif., 2004); and C.S. Brown, Big History: From the Big Bang to the Present (New York, 2007).

4 C. Ross, The Past is the Present; It’s the Future Too: The Temporal Turn in Contemporary Art (London, 2014).

MONTHLY BLOG 50, WHAT DOES THE ‘TEMPORAL TURN’ MEAN IN PRACTICE – FOR...
Scroll to top