The present ‘Temporal Turn’ in ideas and politics means reminding everyone, including all government policy-makers, that everything unfolds in historical context.1  There’s never a tabula rasa – a blank page on which to inscribe the future. The present comes from the past, and legacies from the past are all around us, let alone within us.

Well, that seems obvious enough. Yet insisting that we all have to look to history doesn’t advance things very far, especially since these days historians are (rightly) not giving out easy messages. It’s much easier to say that things are complex than to provide one-word answers.

Above all, historians collectively are not saying (as many Victorians did): be optimistic, Progress will win through. Partly that’s because it’s not clear exactly what constitutes historical improvement. When the supersonic Concorde first buzzed the skies over London, Paris, New York and Washington in the 1970s, protesters were firmly told off, with the snappy dictum: ‘You can’t stop Progress’. Yet … thirty years on, it’s Concorde that has gone;2  and it’s the urban protesters over aircraft noise who are slowly winning the battle to get the aviation industry to produce quieter planes. A different sort of Progress, it could be argued. But in the 1970s it was far from clear which version was going to succeed.

It’s a pertinent reminder that technology, which is often cited as the driver of historical change, does not hold all the trump cards. Innovations have to fit in with what humans collectively will accept, even though it may take time/arguments for that decision to become apparent. So, no simple Progress. At best/worst, a struggle or friction between conflicting interests. It’s what Marxists and Hegelians would call an example of dialectical contradiction in operation. 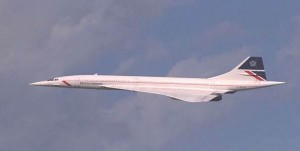 Instead, the mainstream messages about long-term history are complex, which reflects reality. Indeed, there is an in-built tendency towards finding complexity in professional research: the more one looks, the more one finds. That can be helpful. When talking about some historically-derived situation, the remark ‘Ah well, it’s all very complex!’ can certainly be a good first inoculation against over-simplified nostrums.

On the other hand, historians should be able to say more than that. The art of research is not only to find complexity but also to explain it. Hence if fascinating historical studies offer intricate detail but no overview in conclusion, readers are entitled to feel frustrated.

Sad to say one erudite and fascinating study of three seventeenth-century women falls into that category. Natalie Zemon Davis’s Women on the Margins (1997)3  starts inventively with an imaginary conversation between the protagonists, who never met and knew nothing of each other. They are a Catholic, a Protestant, a Jew – and they don’t want to appear in the same book together. Yet Zemon Davis overrides their (imagined) objection. For her, there is evident analytical interest in studying their very different lives in conjunction. Yet, in her conclusion, she expressly declines to locate these case-studies within any wider history of women. Why not? Who could do that better than Zemon Davis? And she won’t say, what are readers to conclude? That these micro-histories are individually fascinating but collectively meaningless?

Certainly, their stories are not uncomplicated tales of female advancement. But readers would surely welcome an assessment of the changing long-term balance between constraints and opportunities for women – a seventeenth-century dialectic which has hardly ceased in the twenty-first century.

When opening a discussion of these issues, one good exercise is to ask people to explore their own implicit assumptions. If you have to draw the shape of history as a diagram, what image would you draw? The outcome then requires discussion – and gives scope for people then to have second, maybe deeper, thoughts.

When I ask my MA students to undertake this exercise – putting pen to blank paper and letting inspiration flow – they usually respond with bafflement, plus exasperation. One of them told me crossly: ‘I just don’t think like that, Penny’. In response, I urged: ‘Try’. A small minority (these days) draw a line, sometimes pointing upwards or downwards. They may explain their choices either as an expression of faith in Progress, in a distinctly Victorian style, or of deep-grained ecological pessimism. Another minority, rather more fatalistically, declare the answer to be a circle: ‘what goes round comes round’. Such images lead to fruitful discussions of the pros and cons of linear and cyclical views of history.4

But the majority (these days) scribble a confused mass, like a tangled ball of wool, and explain their choice with comments like: ‘Oh, it’s all a mess’. ‘It’s chaos’. ‘There’s no pattern to it’. ‘It’s too complex to explain’. ‘Unexpected things happen’. ‘Contingency rules’. ‘It’s just one accident after another’. 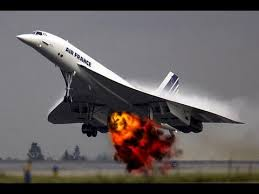 If testimonies were needed to confirm the current absence of agreed Grand Narratives, recounting the long-term course of history, then these responses would provide it. And they lead to good discussions, once these answers are further explored. Sometimes, the advocates of chaotic randomness are very firm in their views. Their arguments may verge upon the notorious Time-heresy, that Time itself lacks all continuity and that each one moment (however brief) is sundered from the following moment.5  At that point, I usually reply: ‘Well if that’s the case, I won’t bother to mark your essays carefully. I’ll throw them into the air and those settling at the top of the heap will get top marks, and those at the bottom will be failed.’ To a man and woman, the students chorus: ‘But, Penny, that’s unfair’. So there is enough through-time coherence and order in the world to encourage people to expect a just assessment of their earlier efforts at some subsequent date.

In fact, those who see history as messy chaos don’t usually mean that there are absolutely no continuities or holding systems which operate through Time. But they do mean that things are so messy that they cannot be reduced to simplicity (except insofar as stating that ‘It’s all chaos’ is in itself a simple answer).

So we are back to encouraging historians, and all others interested in the long term, not just to report but to explain the complications. These are likely to feature an ever-changing mix not only of different forms of change and competing trends, but also deep continuities. As physicist Stephen Hawking predicted, approvingly in 2000: ‘The next [twenty-first] century will be the century of complexity’.6  For historians, the old simplicities of linear or cyclical history may have been outgrown. Yet the Temporal Turn commands us not only to engage in the study of the past (which stretches up to the present moment) but also to explain to the wider world its underlying logic. It’s a big challenge.

2 Following its first flight in 1969, the supersonic Concorde was used in commercial service from 1976 to 2003: see references in http://en.wikipedia.org/wiki/Concorde

5 See, for example, a publication with an aptly fin-de-millennium title, J. Barbour, The End of Time: The Next Revolution in our Understanding of the Universe (1999).

MONTHLY BLOG 52, FACTS AND FACTOIDS IN HISTORY
Scroll to top