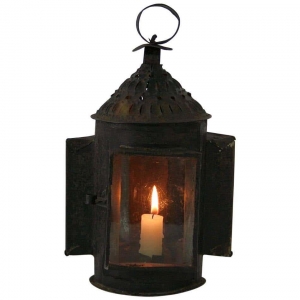 ‘The Lamp of Experience’ is a marvellous phrase. A lantern throws light. It does not insist dogmatically but instead conveys sufficient illumination for good judgment. ‘Experience’ is also a vital component of the phrase. It implies not just a list of facts from history but also the capacity to cogitate about past events and to learn from them. Moreover, experience can be gleaned not just from each individual’s personal life but from the collective experiences of humanity as a whole.

During the current pandemic, for example, people can learn instructive lessons from comparable past global disasters. Factual histories provide suggestive evidence of what was done, what was not done, and what could have been done better.1 And imaginative literature allows people to share the range of subjective emotions and reactions which may be triggered by great and unexpected disasters.2 It allows for a sort of mental rehearsal. Needless to say, imaginative fiction is not written primarily for utilitarian purposes. And far from all happenings that can be conjectured will actually transpire. (Time Travel provides a pertinent example). Nonetheless, imaginative literature, even when imagining things that are technically impossible, contributes to the stock of human creativity. And thoughts and dreams, as much as deeds and misdeeds, all form part of the human experience.

There is additionally a pleasant irony in on-line references to ‘the Lamp of Experience’. Various web-lists of famous quotations attribute the dictum to Edward Gibbon (1737-94), Britain’s nonpareil historian. The full statement runs as follows: ‘I have but one lamp by which my feet are guided, and that is the lamp of experience. I know of no way of judging the future but by the past’. But that formulation does not accord with Gibbon’s impersonally magisterial and often ironic style. The words are spikier, and more personalised.

In fact, their true author is also credited on the web; and maybe with time the accurate citations will crowd out the error. True, the general observation does not lose its force by being misattributed. Yet credit should go where credit was due. The reference was first made in a celebrated speech by a Virginian planter-turned-lawyer, named Patrick Henry (1736-99).3 He was an exact contemporary of Gibbon. But they differed in their politics. Henry was an American critic of British rule. In 1765, he used his knowledge of legal precedents to argue that the Westminster government’s attempt at imposing the unpopular Stamp Tax upon the American colonists was unconstitutional.4

Lawyers, like historians, were accustomed to weighing and pondering evidence before making judgments. In this case, Henry was using the ‘lamp’ of past experience for radical purposes. His arguments, while rejected by Britain, were popular in the American colonies; and in 1776 Henry became the first Governor of Virginia post-Independence. Manifestly, his appeal to experience had not produced universal agreement. As already noted, studying history provides options, not a universal blueprint for what it to be done. 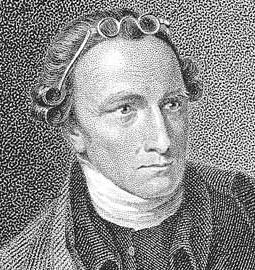 What, then, is the appeal and power of the past? The truth is that Henry’s dictum, while evocative, does not go nearly far enough. Experience/history provides much, much more than a pool of light. It provides the entire bedrock of existence. Everything comes from the past. Everyone learns from the past. The cosmos, global biology, languages, thought-systems, the stock of knowledge, diseases, human existence …  arrive in the present from the past.5

All that is because Time is unidirectional. Humans live in the present but have to rely upon the collective databank of past human experience. That great resource is not just a lamp, sending out a single beam. Instead, collective experience provides the entire context and content of surviving successfully in Time. All humans, as living histories, are part of the process, and contribute their personal quota. The better, fuller and more accurate is that collective knowledge, the better the long-term prospects for the species.

Humans in history are restless problem creators. Yet they are also impressive problem solvers. It’s time, not just for renewed human escape from an obvious viral danger, but equally for urgent collective action to halt, and where possible to reverse, the accelerating environmental degradation, which is damaging the global climate and global biodiversity – let alone the global habitat of humans.

Now needed – not just a Lamp but a mental Sunburst, drawing upon experience and transmuting into sustained action. Stirring times! What comes from the past will have a mighty effect on the future. And decisions taken in the present contribute crucially too.
1 See e.g. M. Honigsbaum, A History of the Great Influenza Pandemics: Death, Panic and Hysteria, 1830-1920 (2013; ppbk 2020)..