People sometimes say, dogmatically but absurdly: ’We don’t learn from the Past’. Oh really? So what do humans learn from, then? We don’t learn from the Future, which has yet to unfold. We do learn in and from the Present. Yet every moment of ‘Now’ constitutes an infinitesimal micro-instant an unfolding process. The Present is an unstable time-period, which is constantly morphing, nano-second by nano-second, into the Past. Humans don’t have time, in that split-second of ‘Now’, to comprehend and assimilate everything. As a result, we have, unavoidably, to learn from what has gone before: our own and others’ experiences, which are summed as everything before ‘Now’: the Past.

It’s worth reprising the status of those temporal categories. The Future, which has not yet unfolded, is not known or knowable in its entirety. That’s a definitional quality which springs from the unidirectional nature of Time. It does not mean that the Future is either entirely unknown or entirely unknowable. As an impending temporal state, it may beckon, suggest, portend. Humans are enabled to have considerable information and expectations about many significant aspects of the Future. For example, it’s clear from past experience that all living creatures will, sooner or later, die in their current corporeal form. We additionally know that tomorrow will come after today, because that is how we habitually define diurnal progression within unilinear Time. We also confidently expect that in the future two plus two will continue to equal four; and that all the corroborated laws of physics will still apply.

And we undertake calculations, based upon past data, which provide the basis for Future predictions or estimates. For example, actuarial tables, showing age-related life expectancy, indicate group probabilities, though not absolute certainties. Or, to take a different example, we know, from expert observation and calculation, that Halley’s Comet is forecast to return into sight from Earth in mid-2061. Many, though not all, people alive today will be able to tell whether that astronomical prediction turns out to be correct or not. And there’s every likelihood  that it will be. 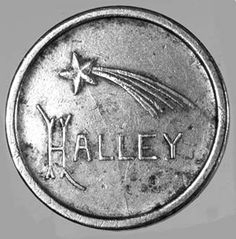 Yet all this (and much more) useful information about the Future is, entirely unsurprisingly, drawn from past experience, observations and calculations. As a result, humans can use the Past to illuminate and to plan for the Future, without being able to foretell it with anything like total precision.

So how about learning from the Present? It’s live, immediate, encircling, inescapably ‘real’. We all learn in our own present times – and sometimes illumination may come in a flash of understanding. One example, as Biblically recounted, is the conversion of St Paul, who in his unregenerate days was named Saul: ‘And as he journeyed, he came near Damascus; and suddenly there shined round about him a light from heaven. And he fell to the earth, and heard a voice saying unto him, “Saul, Saul, why persecutest thou me?”’1 His eyes were temporarily blinded; but spiritually he was enlightened. Before then, Saul was one of the Christians’ chief persecutors, ‘breathing out threatening and slaughter’.2 Perhaps a psychologist might suggest that his intense hostility concealed some unexpressed fascination with Christianity. Nonetheless, there was no apparent preparation, so the ‘Damascene conversion’ which turned Saul into St Paul remains the classic expression of an instant change of heart. But then he had to rethink and grow into his new role, working with those he had been attempting to expunge.

A secular case of sudden illumination appears in the fiction of Jane Austen. In Emma (1815), the protagonist, a socially confident would-be match-maker, has remained in ignorance of her own heart. She encourages her young and humble protégé, Harriet Smith, to fancy herself in love. They enjoy the prospect of romance. Then Emma suddenly learns precisely who is the object of Harriet’s affections. The result is wonderfully described.3 Emma sits in silence for several moments, in a fixed attitude, contemplating the unpleasant news:

Why was it so much worse that Harriet should be in love with Mr Knightley, than with Frank Churchill? Why was the evil so dreadfully increased by Harriet’s having some hope of a return? It darted through her, with the speed of an arrow, that Mr Knightley must marry no one but herself!

I remember first reading this novel, as a teenager, when I was as surprised as Emma at this development. Since then, I’ve reread the story many times; and I can now see the prior clues which Austen scatters through the story to alert more worldly-wise readers that George Knightley and Emma Woodhouse are a socially and personally compatible couple, acting in concert long before they both (separately) realise their true feelings. It’s a well drawn example of people learning from the past whilst ‘wising up’ in a single moment. Emma then undertakes some mortifying retrospection as she gauges her own past errors and blindness. But she is capable of learning from experience. She does; and so, rather more artlessly, does Harriet. It’s a comedy of trial-and-error as the path to wisdom.

As those examples suggest, the relationship of learning with Time is in fact a very interesting and complex one. Humans learn in their own present moments. Yet the process of learning and education as a whole has to be a through-Time endeavour. A flash of illumination needs to be mentally consolidated and ‘owned’. Otherwise it is just one of those bright ideas which can come and as quickly go.   Effective learning thus entails making oneself familiar with a subject by repetition, cogitation, debating, and lots of practice. Such through-Time application applies whether people are learning physical or intellectual skills or both. The role of perspiration, as well as inspiration, is the stuff of many mottoes: ‘practice makes perfect’; ‘if at first you don’t succeed, try and try again’; ‘stick at it’; ‘never stop learning’; ‘trudge another mile’; ‘learn from experience’.

Indeed, the entire corpus of knowledge and experience that humans have assembled over many generations is far too huge to be assimilated in an instant. (It’s actually too huge for any one individual to master. So we have to specialise and share).

So that brings the discussion back to the Past. It stretches back through Time and onwards until ‘Now’. Of course, we learn from it. Needless to say, it doesn’t follow that people always agree on messages from former times, or act wisely in the light of such information. Hence when people say: ‘We don’t learn from the Past’, they probably mean that it does not deliver one guiding message, on which everyone agrees. And that’s right. It doesn’t and there isn’t.

One further pertinent point: there are rumbling arguments around the question – is the Past alive or dead? (With a hostile implication in the sub-text that nothing can really be learned from a dead and vanished Past.) But that’s not a helpful binary. In other words, it’s a silly question. Some elements of the past have conclusively gone, while many others persist through time.4 To take just a few examples, the human genome was not invented this morning; human languages have evolved over countless generations; and the laws of physics apply throughout.

Above all, therefore, the integral meshing between Past and Present means that we, individual humans, have also come from the Past. It’s in us as well as, metaphorically speaking, behind us. Thinking of Time as running along a pathway or flowing like a river is a common human conception of temporality. Other alternatives might envisage the Past as ‘above’, ‘below’, ‘in front’, ‘behind’, or ‘nowhere specific’. The metaphor doesn’t really matter as long as we realise that it pervades everything, including ourselves.

MONTHLY BLOG 92, HISTORIANS AT WORK THROUGH TIME
Scroll to top