Another way of thinking of influences (whether positive or negative) is to think of events lived through. There’s nothing like direct experience for augmenting or revising or contradicting the impact of books and people.

By contrast with my parents, I haven’t lived through a World War, so I have nothing to compare with the intense, anxious, sometimes exhilarating times that they knew as young adults. But impactful events can come in all sorts of shapes and sizes. The question is what is/was significant for the individual.

For myself, I would have to nominate the combination of events in and around two different years: 1968 and 1971. This set of meditations refers to the first of those: the year of world-wide student ‘revolutions’. I was then a postgraduate at the LSE and, technically at least, at the eye of the storm. For me personally, this was a great time. I was young, happily in love, beginning to become engaged in politics, and deeply absorbed in London life, in my historical research, and in endless discussions about the meaning of life with my friends and family.

Optimism, which is my personal default condition, seemed pervasive in the youth culture of the times. It was energising. (Not that I wrote my thesis very rapidly. I was almost too busy with my research to put pen to paper … a serious mistake, as I later came to realise). But the positive atmosphere was contagious. There were plentiful jobs; there was lot of talk about sex; there was great music; there were experimental films; and there was a cultural irreverence that opened eyes and minds. Later, in the 1980s and 1990s, I taught so many sad-eyed and depressed students that I felt almost guilty at continuing to be cheerful. I always tried to jolly them along, on the grounds that an atmosphere of educational gloom is not good for learning, let alone for personal development. But cheeriness seemed more difficult under Thatcher, whereas in 1968 optimism – at least at first – was so easy.

This famous year, however, was much more complex in practice. As often happens, radical euphoria is hard to sustain. There are always plenty of serpents in Eden. One repellent shock was the Soviet invasion of Czechoslovakia on 21-22 August 1968, dousing liberal hopes invested in the Prague Spring. I remember halting in a street near Norwich, where I’d gone for research purposes, to watch with consternation as the invasion was blurrily shown on a black-and-white television in a shop-window. I was depressed – and angered that the Dubcek experiment had not had time to unfold. But I was not particularly shocked, as Hungary in 1956 had provided a prior warning. That crisis had triggered many left-wingers in Britain, like my uncle Christopher Hill, to leave the Communist Party – after the failure of their attempts at democratic reform within the British CP. 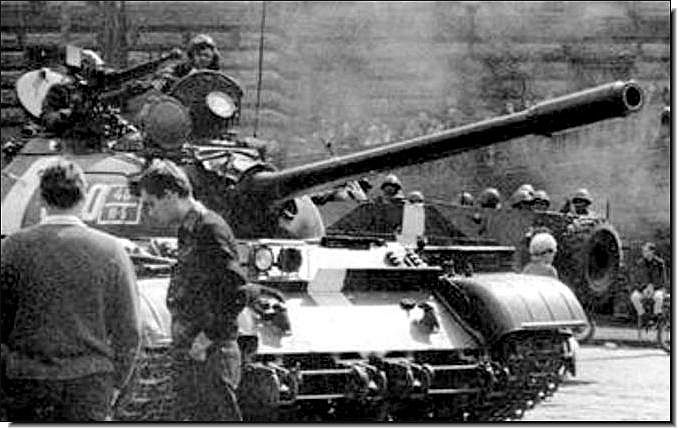 In the aftermath of Czechoslovakia, the response in Britain was not so drastic. I personally wasn’t so blind about the faults of the Soviet system. And I was not a member of the British CP, so couldn’t resign in protest. Nonetheless, the general effect was dispiriting. The political and cultural left,1 which at that time were still in synchronisation, were angered but also depressed.

Brute force had again triumphed. Totalitarian repression was bad enough in itself. But totalitarianism in the name of the left was worse, since it perverted the ideal of international brotherhood. That betrayal made it even more galling, in following years, to be denounced, by right-wing opponents in local politics, as an agent of Moscow. I certainly wasn’t. But the behaviour of communist Russia made it possible for hostile rhetoric to tar – however unjustly – all those on the broad spectrum of the left as advocates of totalitarian state power. It was particularly unfair when that accusation was made against the historian E.P. Thompson, who was actively encouraging East European dissidents.

At the same time, 1968 was full of much more immediate student politics at home. I enjoyed the alternative debates and attended, casually rather than systematically, a number of mass meetings. I also participated in a number of protest demonstrations, including the so-called ‘riot’ outside the US Embassy in Grosvenor Square on 17 March 1968.

But I didn’t join any of the sit-ins, primarily because I disbelieved the euphoric rhetoric that accompanied them. I remember one activist (now a Labour peer in the House of Lords) proclaiming, to cheers, that occupying the Principal’s room and opening the College files would promote the imminent overthrow of western capitalism. Even the enthusiasm of the moment, which surely permits a bit of exaggeration, could not excuse such an infantile level of analysis. I was offended not so much at the students’ actions but at their weak rationale for their behaviour and their lack of strategic sense. This vagueness signalled in advance that the protests in Britain were bound to fail, since the students’ ultimate aims were so utopian and their actions were so far from seizing or even challenging any real levers of political or economic power. (The situation was different in France, where the student and worker protests contributed to the resignation of De Gaulle in 1969. Yet even there, the eventual limitations to the student activism were very visible).

Capitalism is anyway a very protean force, liable to change and adapt. And, whatever form it took in 1968, it was highly unlikely to be overthrown by disrupting the universities. It was laughable, really. The outcome almost everywhere was a mouse, in the form of student representation on university boards and the creation of departmental staff/student committees. Good – but not revolutionary, even within the most hide-bound of academic institutions.

The energies and enthusiasms of 1968 were dissipated. And elsewhere, we learned in detail later, student radicalism in the form of the Red Guards was used cruelly by Mao as a party mechanism of social terror. 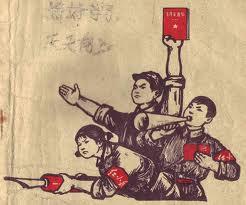 So 1968 was an educative moment for me. Vague utopianism had to be rejected as much as totalitarianism. Indeed, utopianism had to be treated with even more suspicion, since it seemed the more seductive. The answer – between brute force and empty rhetoric – had to be more humdrum and more realistic. In company with my partner Tony Belton, I became more active within the Labour Party. In 1971, we were both elected as councillors in the London Borough of Wandsworth. The outcome of that experience also proved to be stimulating but far from simple – see my next month’s discussion-piece.

1 This definition takes attitudes towards the redistribution of wealth as the dividing line between the political left (in favour) and the right (opposed, unless undertaken by non-state charities). An alternative, supported by some neo-liberals, sees attitudes towards state power as forming the dividing line with neo-liberals (opposed) and statists (supportive). But the latter division, although psychologically important for some libertarians, is not very helpful practically as de facto all parties are inescapably embroiled in the modern state, thus lumping everyone de facto into just one category.