How will history interpret the views of millions of Tory voters who voted Leave in the 2016 referendum on the EU? It’s a good question that merits further attention. Since June, many commentators have defined the motivations of the Labour supporters who voted Leave – 37 per cent of all those who voted Labour in 20151 – as an angry rejection of the status quo by the socially and economically ‘left behind’. These electors have justified concerns about the impact of globalisation in eroding traditional industries and of immigration in undercutting working-class earnings. It’s a perception specifically acknowledged by the new PM Theresa May. At the Conservative Party Conference on 5 October 2016 she promised to remedy past injustices with the following words: ‘That means tackling unfairness and injustice, and shifting the balance of Britain decisively in favour of ordinary working-class people’.2

It’s a significant political ambition, albeit complicated somewhat by the fact that a majority of Labour voters in 2015 (63%) actually voted for Remain. May was clearly trying to shift the post-Referendum Conservative Party closer to the centre ground. And it’s a long time since any front-line British political leader spoke so plainly about social class, let alone about the workers.

But Theresa May’s pledge strangely omits to mention the rebellious Tory Leavers. After all, the majority of the national vote against the EU in 2016 came from the 58% of voters who had voted Conservative in the General Election of 2015. They voted for Leave in opposition to their then party leader and his official party policy. In the aftermath of the Referendum, many known Labour supporters, such as myself, were roundly scolded by pro-EU friends for the Labour Party’s alleged ‘failure’ to deliver the vote for Remain. But surely such wrath should have been directed even more urgently to Conservative supporters?

Either way, the Referendum vote made clear once again a basic truth that all door-step canvassers quickly discover. Electors are not so easily led. They don’t do just what their leaders or party activists tell them. Politics would be much easier (from the point of view of Westminster politicians) if they did. That brute reality was discovered all over again by David Cameron in June 2016. In simple party-political terms, the greatest ‘failure’ to deliver was indubitably that of the Conservatives. Cameron could possibly have stayed as PM had his own side remained united, even if defeated. But he quit politics, because he lost to the votes of very many Conservative rank-and-file, in alliance with UKIP and a section of Labour voters. It was ultimately the scale of grass-roots Tory hostility which killed both his career and his reputation as a lucky ‘winner’ on whom fortune smiles.

Divisions within political parties are far from new. Schematically considered, Labour in the twentieth century drew ideas, activists and votes from reform-minded voters from the professional middle class and skilled working class.3 That alliance is now seriously frayed, as is well known.

So what about the Conservatives? Their inner tensions are also hard to escape. They are already the stuff of debates in A-level Politics courses. Tory divisions are typically seen as a gulf between neo-liberal ‘modernisers’ (Cameron and Co) and ‘traditionalists’ Tory paternalists (anti-EU backbenchers). For a while, especially in the 1980s, there were also a number of self-made men (and a few women) from working-class backgrounds, who agreed politically with the ‘modernisers’, even if socially they were not fully accepted by them. It remains unclear, however, why such divisions emerged in the first place and then proved too ingrained for party discipline to eradicate.

Viewed broadly and schematically, the Conservatives in the twentieth century can be seen as a party drawing ideas, leadership and activists from an alliance of aristocrats/plutocrats with middle-class supporters, especially among the commercial middle class – all being buttressed by the long-time endorsement of a considerable, though variable, working-class vote.4  Common enemies, to weld these strands together, appear in the form of ‘socialism’, high taxes, and excessive state regulation.

Today, the upper-class component of Toryism typically features a number of socially grand individuals from landed and titled backgrounds. David Cameron, who is a 5th cousin of the Queen, seems a classic example.5  However, he also has a cosmopolitan banking and commercial ancestry, making him a plutocrat as much as an aristocrat.6  In that, he is characteristic of the big international financial and business interests, which are generally well served by Conservative governments. However, appeals and warnings from the political and economic establishment cut no ice with many ‘ordinary’ Tory members.

Why so? There’s a widening gap between the very wealthy and the rest. The Conservative Leave vote was predominantly based in rural and provincial England and Wales. (Scotland and Northern Ireland have different agendas, reflecting their different histories). The farming communities were vocally hostile to regulation from Brussels. And, above all, the middle-aged and older middle class voters in England’s many small and medium-sized towns were adamantly opposed to the EU and, implicitly, to recent trends in the nation’s own economic affairs.

Tory Leavers tend to be elderly conservatives with a small as well as large C. They have a strong sense of English patriotism, fostered by war-time memories and postwar 1950s culture. They may not be in dire financial straits. But they did not prosper notably in the pre-crisis banking boom. And now the commercial middle classes, typified by shopkeepers and small businessmen, do not like hollowed-out town centres, where shops are closed or closing. They don’t like small businesses collapsing through competition from discount supermarkets or on-line sales. They regret the winnowing of local post-offices, pubs, and (in the case of village residents) rural bus services. They don’t like the loss of small-town status in the shadow of expanding metropolitan centres. They don’t like bankers and they hate large corporate pay bonuses, which continue in times of poor performance as well as in booms. With everyone, they deplore the super-rich tax-avoiders, whether institutional or individual.

Plus, there is the issue of immigration, which puts a personal face on impersonal global trends of mobile capital and labour. Tory-Leavers are worried about the scale of recent immigration into Britain (though tolerant of Britons emigrating to foreign climes). It is true that many middle-class families benefit from the cheap food and services (notably within the National Health Service) provided by abundant labour. But sincere fears are expressed that too many ‘foreigners’ will change the nation’s character as well as increase demand for social welfare, which middle-class tax-payers have to fund.7

Theresa May represents these Tory-Leavers far more easily than David Cameron ever did. She is the meritocratic daughter of a middle-ranking Anglican clergyman, who came from an upwardly mobile family of carpenters and builders. Some of her female ancestors worked as servants (not very surprisingly, since domestic service was a major source of employment for unmarried young women in the prewar economy).8 As a result, her family background means that she can say that she ‘feels the pain’ of her party activists with tolerable plausibility.

Nevertheless, May won’t find it easy to respond simultaneously to all these Leave grievances. To help the working-class in the North-East and South Wales, she will need lots more state expenditure, especially when EU subsidies are ended. Yet middle-class voters are not going to like that. They are stalwart citizens who do pay their taxes, if without great enthusiasm. They rightly resent the super-rich individuals and international businesses whose tax avoidance schemes (whether legal, borderline legal, or illegal) result in an increased tax burden for the rest. But it will take considerable time and massive concerted action from governments around the world to get to serious grips with that problem. In the meantime, there remain too many contradictory grievances in need of relief at home.

Overall, the Tory-Leavers’ general disillusionment with the British economic and political establishment indicates how far the global march of inequality is not only widening the chronic gulf between super-rich and poor but is also producing a sense of alienation between the super-rich and the middle strata of society. That’s historically new – and challenging both for the Conservative Party in particular and for British society in general. Among those feeling excluded, the mood is one of resentment, matched with defiant pride. ‘Brussels’, with its inflated costs, trans-national rhetoric, and persistent ‘interference’ in British affairs, is the first enemy target for such passions. Little wonder that, across provincial England in June 2016, the battle-cry of ‘Let’s Take Back Control’ proved so appealing. 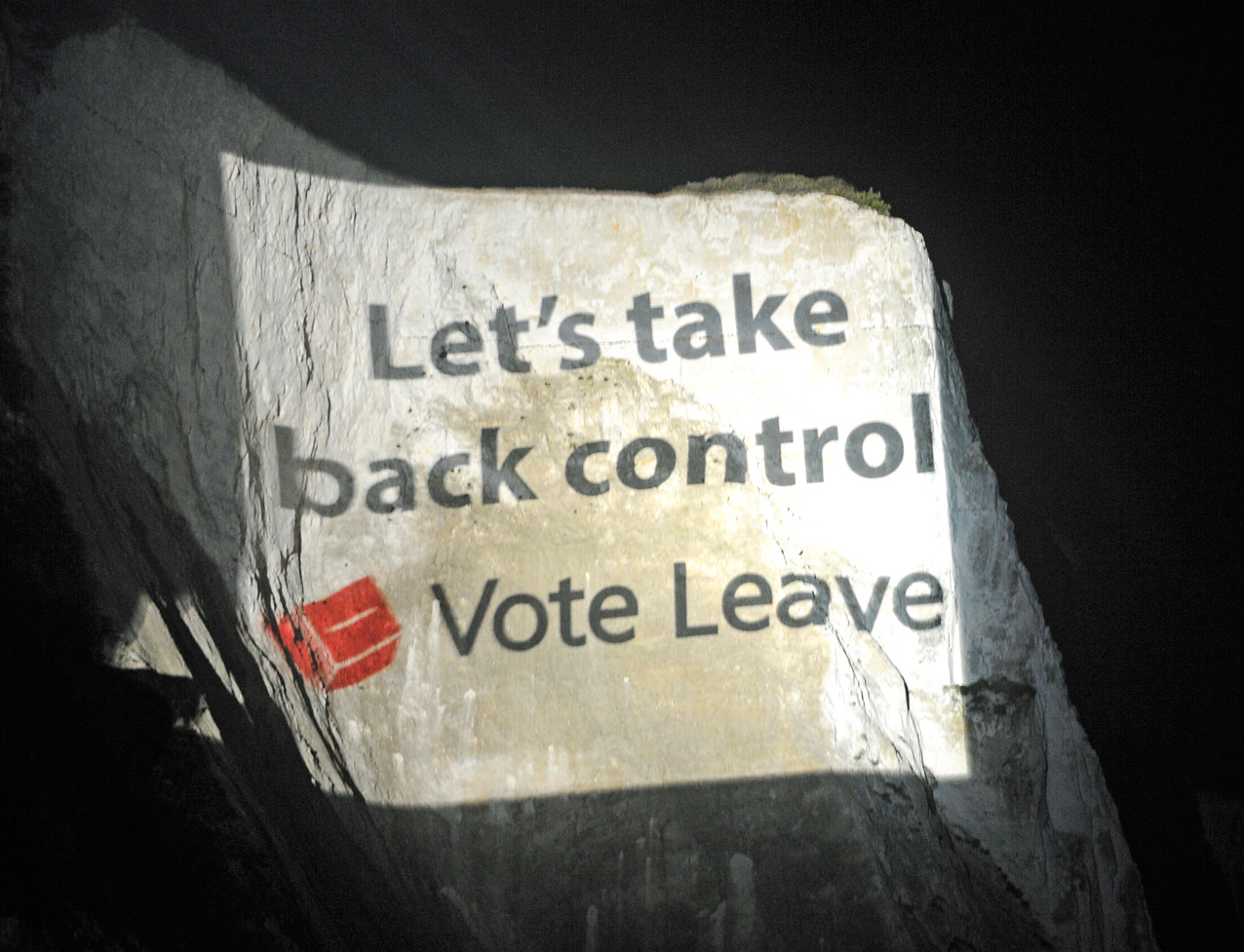 3 What’s in a name? In US politics, the skilled and unskilled workers who broadly constitute this very large section of society are known as ‘middle class’, via a process of language inflation.

5 Queen Elizabeth II is descended from the Duke of Kent, the younger brother of monarchs George IV and William IV. William IV had no legitimate offspring but his sixth illegitimate child (with the celebrated actor Dorothea Jordan) was ancestor of Enid Ages Maud Levita, David Cameron’s paternal grandmother.

6 One of Cameron’s great-great-grandfathers was Emile Levita, a German Jewish financier and banker, who became a British citizen in 1871. Another great-grandfather, Alexander Geddes, made a fortune in the Chicago grain trade in the 1880s: https://en.wikipedia.org/wiki/Family_of_David_Cameron

7 This sort of issue encouraged a proportion of Conservative activists to join the United Kingdom Independence Party UKIP), which drew support from both Left and Right.