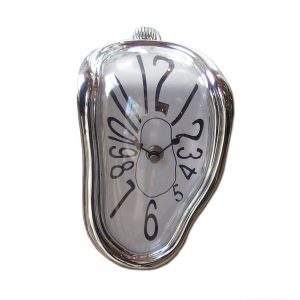 Historians, who study the past, don’t undertake this exercise from some vantage point outside Time. They, like everyone else, live within an unfolding temporality. That’s very fundamental. Thus it’s axiomatic that historians, like their subjects of study, are all equally Time-bound.1

Nor do historians undertake the study of the past in one single moment in time. Postmodernist critics of historical studies sometimes write as though historical sources are culled once only from an archive and then adopted uncritically. The implied research process is one of plucking choice flowers and then pressing them into a scrap-book to some pre-set design.

Historians should welcome scepticism this dose of scepticism – always a useful corrective. Yet they entirely reject the proposition that trying to understand bygone eras is either impossible or worthless. Rebuttals to postmodernist scepticism have been expressed theoretically;3 and also directly, via pertinent case studies which cut through the myths and ‘fake news’ which often surround controversial events in history.4

When at work, historians should never take their myriad of source materials literally and uncritically. Evidence is constantly sought, interrogated, checked, cross-checked, compared and contrasted, as required for each particular research theme. The net is thrown widely or narrowly, again depending upon the subject. Everything is a potential source, from archival documents to art, architecture, artefacts and though the gamut to witness statements and zoological exhibits. Visual materials can be incorporated either as primary sources in their own right, or as supporting documentation. Information may be mapped and/or tabulated and/or statistically interrogated. Digitised records allow the easy selection of specific cases and/or the not-so-easy processing of mass data.

As a result, researching and writing history is a slow through-Time process – sometimes tediously so. It takes at least four years, from a standing start, to produce a big specialist, ground-breaking study of 100,000 words on a previously un-studied (or under-studied) historical topic. The exercise demands a high-level synthesis of many diverse sources, running to hundreds or even thousands. Hence the methodology is characteristically much more than a ‘reading’ of one or two key texts – although, depending upon the theme, at times a close reading of a few core documents (as in the history of political ideas) is essential too.

Mulling over meanings is an important part of the process too. History as a discipline encourages a constant thinking and rethinking, with sustained creative and intellectual input. It requires knowledge of the state of the discipline – and a close familiarity with earlier work in the chosen field of study. Best practice therefore enjoins writing, planning and revising as the project unfolds. For historical studies, ‘writing through’ is integral, rather than waiting until all the hard research graft is done and then ‘writing up’.5

The whole process is arduous and exciting, in almost equal measure. It’s constantly subject to debate and criticism from peer groups at seminars and conferences. And, crucially too, historians are invited to specify not only their own methodologies but also their own biases/assumptions/framework thoughts. This latter exercise is known as ‘self-reflexivity’. It’s often completed at the end of a project, although it’s then inserted near the start of the resultant book or essay. And that’s because writing serves to crystallise and refine (or sometimes to reject) the broad preliminary ideas, which are continually tested by the evidence.

One classic example of seriously through-Time writing comes from the classic historian Edward Gibbon. The first volume of his Decline & Fall of the Roman Empire appeared in February 1776. The sixth and final one followed in 1788. According to his autobiographical account, the gestation of his study dated from 1764. He was then sitting in the Forum at Rome, listening to Catholic monks singing vespers on Capitol Hill. The conjunction of ancient ruins and later religious commitments prompted his core theme, which controversially deplored the role of Christianity in the ending of Rome’s great empire. Hence the ‘present’ moments in which Gibbon researched, cogitated and wrote stretched over more than 20 years. When he penned the last words of the last volume, he recorded a sensation of joy. But then he was melancholic that his massive project was done.6 (Its fame and the consequent controversies last on today; and form part of the history of history).

1 For this basic point, see PJC, ‘People Sometimes Say “We Don’t Learn from the Past” – and Why that Statement is Completely Absurd’, BLOG/91 (July 2018), to which this BLOG/92 is a companion-piece.

MONTHLY BLOG 65, HOW DID WOMEN FIRST MANAGE TO BREAK THE GRIP OF TRADITIONAL PATRIARCHY?

MONTHLY BLOG 62, IS THE PAST DEAD OR ALIVE? AND THE SNARES OF SUCH BINARY QUESTIONS.

MONTHLY BLOG 93, HOW TO STUDY HISTORIANS: HISTORIOLOGY, NOT HISTORIOGRAPHY
Scroll to top