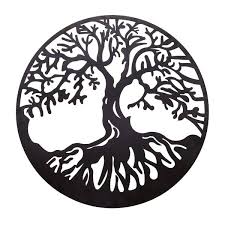 How do we combat racism, which does exist, without endorsing the idea of separate human ‘races’, which don’t exist? All humans share one big world-wide family-tree. Maybe squabbling, maybe prejudiced, maybe many things, lots of good as well as bad – but all sisters and brothers under the skin.1 So let’s celebrate human diversity amidst human unity.

Three thoughts. Firstly, it’s very right and proper for any group who are wrongly discriminated against to protest in full human dignity. It’s not only a duty which people owe to themselves. But they owe it to their children, whose entire upbringings can be blighted by a baffled sense that they are unappreciated in the wider world, without any fault of their own. A sense of inner worth is a vital gift to give to every child. ‘Of all our infirmities, the most savage is to despise our being’ (Montaigne).

Campaigns like ‘Black Pride UK’2 and ‘Black Lives Matter’3 are honourable and deserve support from everyone, though, as within all cultural/political popular movements, there are valid debates over tactics and strategy. The general point is not to disparage others but to affirm the dignity and importance of the lives of all descendants of the African diaspora. In particular, a celebration of human pride is intended not only to hearten the young but to alert authority figures in general and the police in particular. Since anthropologists tell us that all branches of humanity come ultimately ‘out of Africa’, these are campaigns that everyone can value.

Secondly: We also need cultural space to celebrate people of mixed heritage, with diverse ethnic and national backgrounds. Having written last month on the under-acknowledgement of this very common feature of human history, I was initially surprised at the number of people who hastened to tell me about their own mixed families. Yet I shouldn’t have been. Huge numbers of people, from all round the world, have mixed parentage. And as travel and migration spread, that experience is likely to become ever more common.

Among my own family, I already have an Indian/English niece, whose partner is a Catalan/Irishman. Two of my step-nieces are Japanese/English; two others are one-quarter Danish. Two first cousins are Italian/English. Another first cousin is Scottish/English (and supports Scottish nationalism). Another branch of second cousins are French-speaking, of English/French descent. And my partner has recently been told by a relative, who is investigating their south London family tree, that they have an Indian great-grandmother, who met and married their great-grandfather when he was on military service in India.

Continuing the diversity, one of my close friends among my former students, who herself studies how people travelling in the past met and reacted to ‘different’ peoples, has Bajan/Scottish family roots.

In the wider world, an American woman of mixed parentage has just married into Britain’s royal family, which has German/Danish/Greek/English ancestry. The US President before the current incumbent has Kenyan/American roots. The current US incumbent has Scottish/German/American roots and declared in 2008, when visiting his mother’s birthplace in the Outer Hebrides, that he ‘feels Scottish’.4 And a relatively recent leader of the British Conservative Party, Iain Duncan Smith MP, is one-eighth Japanese: his maternal great-grandmother was a Chinese lady living in Beijing when she met and married his Irish great-grandfather.5

Some of these mixed family ancestries are apparent to the eye – but many, equally, are not. But it’s manifestly open to all people of mixed heritage to celebrate all their family lines; and to refuse repeated attempts on official forms to compartmentalise them into one so-called ‘race’ or another.

Collectively, all peoples of mixed heritage (including not least the English with their historically hybrid Celtic, Viking, Anglo-Saxon, Norman-French, Huguenot, and Irish roots) represent the outcome of historical population mobility. Humans are a globe-trotting species, and people from different tribes or ‘folk groups’ intermarry. It seems too that many of the separate species of very early humankind also interbred. Hence some but not all branches of homo sapiens have small traces of Neanderthal DNA, following meetings from at least 200,000 years ago.6 Diversity within unity is the norm.

So thirdly and finally: It’s overdue to accept the teachings of world religions, biological science, and philosophical humanism, which proclaim that all humans are sisters and brothers under the skin. In particular, it’s even more overdue to reject socially-invented pigment-hierarchies which claim that some shades of skin are ‘better’ and more socially desirable than others.

By the way, sometimes people ask me why I write on these matters. I have fair skin and hair (though others among my siblings don’t). And I am relatively socially privileged, though I do have the handicap of being a woman. (That last comment is meant ironically). Such questions, however, miss the point. They wrongly imply that combating racism is an exclusive task for people with dark skins. But no, it’s a matter for everyone. Indeed, it weakens campaigns for ‘Black Pride’, if others are not listening and responding.

Humans are one species which contains diversity. Our skin hues are beautifully variegated shades of the ancestral brown.7 What’s needed is not so much ‘colour blindness’ as ‘colour rejoicing’.

6 Research by Sergi Castellano and others, reported in Nature: International Weekly Journal of Science (May 2018), https://www.nature.com/news.

MONTHLY BLOG 91, PEOPLE SOMETIMES SAY: ‘WE DON’T LEARN FROM THE PAST’...
Scroll to top