Particularly in troubled times, it’s enticing to think of escaping not just to another place but to another time: a temporal bridge over troubled waters. In the old folk stories, an individual falls very soundly asleep … and then awakens, to his or her surprise, in another epoch completely. What a relief? Or perhaps not. There’s a myriad of potential destinations both past and future.

Sleeping Beauty, cursed by an evil fairy, lies dormant for one hundred years.1 (Sometimes her hand-maids sleep alongside her too). When she awakes, the Beauty is as young and bonny as ever. The world has grown older but she has not. Moreover, she is being kissed by a young and handsome prince (technically, one hundred years her junior), with whom she falls in love. The story is charming, with many potential meanings, both erotic and otherwise. But what if (a) she recoils from the kiss? or (b) she suddenly shrivels and dies, since she must be well over one hundred years old. That fate befalls ‘She’ in Rider Haggard’s She (1886): the enigmatic and imperious beauty has lived, by dark magic, for endless aeons but, once her real age catches up with her, she ages with extreme rapidity and expires.2 So much for tarrying outside Time. 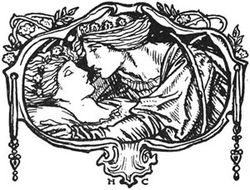 In another variant from an American author in 1819, Rip Van Winkle drinks too heavily and falls asleep for over twenty years. (Hangovers sometimes feel like that). But no-one is kissing him welcome. Van Winkle wakes to find that his beard is long and matted, his rifle rusty, his neighbours changed, and his faithful dog disappeared.3 The story is an updating of a very old folk tale, which appears in many variants in different cultures. It makes a personal drama about change over time. Rip falls asleep as a subject of George III but awakes to find that he an American citizen. There is another change too. His ‘nagging’ wife is dead. In the tale, other ‘henpecked’ husbands in the village wish that they had a similar chance to escape. Ho ho (sarcastically): the benefits of time travel.

Interestingly, however, there are very obvious conceptual limitations within this imaginary process. Time itself hasn’t actually been stopped or reversed or turned into something different. It’s the individual who has, notionally, jumped from one epoch to another. Within the entire time-travel genre, which was greatly boosted by H.G. Wells’s ingenious Time Machine (1895), it’s axiomatic that the travelling is done by humans while Time continues to unfold as a unidirectional force, in its own mysterious but unalterable style. Its trajectory is often referred to as temporal ‘flow’. Or, more poetically, as ‘Time’s arrow’.

That non-stop background quality is needed to make time-travel stories work. The individual time-jumpers arrive in a new temporal location, either in the past or in the future. Generally, they are unharmed, if sometimes shaken or bemused (or naked, as in the husband of The Time Traveller’s Wife).4 Their subsequent encounters with other humans in either earlier or later worlds then lend themselves to comedy, romance, adventure, satire, terror, political philosophy, prophesy, and/or any combination of such reactions.5

Nonetheless, once in the new situation, the time-travellers find that Time is still flowing on equably. The aberrant circumstances which have permitted their personal shift has not stopped or otherwise disrupted the rest of the cosmos.6

One experiment with reversed-time living was imagined enjoyably by Lewis Carroll in Alice Through the Looking Glass (1871). The scatty White Chess-Queen experiences some of her life backwards. She cries: ‘Oh, oh, oh!’ first, and then pricks her finger painfully. Yet the White Queen does her time-reversal only fitfully. She doesn’t cry ‘Ho, ho, ho!’, as she would if she were yelling in a completely reversed temporal framework. Instead, she carries on talking to Alice in the normal way – not sdrawkcab.7 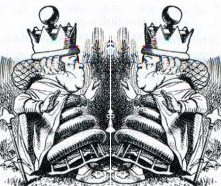 It’s virtually impossible to envisage absolutely everything in the world happening in total temporal reversal. When we run films backwards, often to amusing effect, we are still watching a sequence of images appear in the normal ‘onwards’ time-frame. We are not reversing Time or stepping outside our own temporal framework. If we were, then everything would be utterly transformed. Conversations, which unfold ‘onwards’, would be impossible in reverse-Time. We’d be getting younger, as well as speaking in reverse, thinking in reverse … including, no doubt, speaking before we think.8

Indeed, if Time did something totally astonishing, like disappearing down a cosmic black-plug-hole, then Space and everyone within Space-time would go there too. To our collective amazement and, no doubt, total consternation.

There is a cosmic ‘Chronology Protection Agency’, in the words of physicist Stephen Hawking.9 It binds each era into its own time, preventing it from overlapping or tangling with any other. And given that Time and Space constitute an integral continuum, it means that there is simultaneously a ‘Space-Time Protection Agency’ within the cosmos. Different experiences of motion and speed may occur within its ambit. At ultra-supersonic speeds, the process of time dilation will slow things down, affecting relative time measurements.10 None of those conditions, however, occur outside the framework Space-time.

Two observations follow. One is that we are all time-travellers, travelling collectively at the pace of Time, nano-second by nano-second – or, more accurately, at the pace of Space-time. We can’t jump off on our own. But we do have company for the ride.

And secondly, because we live in Space-time, we can study its manifestations. We are synchro-meshed into the immediate moment: the ever-changing Now! And we are also diachro-meshed into the long term, which means that we can think about both past and future.11 Time is our medium, around us, within us: in all our bodies and in our minds.

1  Sleeping Beauty began as a traditional folk tale, conveyed in classic form by Charles Perrault (1697), adapted by the Brothers Grimm (1812), and much reworked in literature, dance and film: see https://en.wikipedia.org/wiki/Sleeping_Beauty.

8 Incidentally, not all cultural systems describe Time as flowing ‘onwards’ or ‘backwards’. Some reverse those directions, identifying Time as coming from ‘in front’ and disappearing ‘behind’. And others prefer ‘upwards’ and ‘downwards’. In all cases, however, there is one prime direction and its reverse.